Q&A with Zane Lovitt, author of The Midnight Promise

Zane Lovitt chats with Fiona Hardy about his new book, The Midnight Promise.

The Midnight Promise is the tale of Melbourne private eye John Dorn’s downward spiral told in ten stories. With your past in the non-fiction realm of documentary, what drew you to (thankfully) choose crime fiction as a genre?

Long ago I heard someone say that crime fiction is the ‘king of genres’, and I recall that my reaction at the time was ‘whatever of genres’. But I do think there’s some truth in that title. The reason people read or experience stories is because they want to be made to want to know what happens next. Laughing, crying, learning; these are wonderful bonuses, but what we’re addicted to is that sense of excitement and urgency that makes us forget who we are, otherwise known as ‘suspense’. The crime section of the bookshop is the one place where you know for a fact that suspense is what the writer had in mind; where the sole purpose of the book is to get the reader flipping pages with fumbling, sweaty fingers. This is why we loved reading when we were kids, and it is the true glory of storytelling.

Also, crime fiction often features the most recognisable kinds of characters – characters who are us, dealing with the same problems we deal with, only in these books the stakes are high: a suitcase full of money, a prison sentence, a grievous assault, or (most often) life itself. But the characters’ dilemmas are our dilemmas. I may argue with my brother and we may take our turns feeling humiliated, or offended, or neglected, but what’s at stake for my brother and I is nothing compared to what’s at stake for Michael and Fredo Corleone in The Godfather movies. And because the stakes are high, that dilemma has to be resolved. This is what makes crime fiction immediately relevant to a host of readers, not just people who want to read about someone getting an axe in the face.

Most of your villains are not the straight-up sociopaths crime books usually delight in. Has your job as a judge’s clerk exposed you to a more human side to criminals?

The short answer is: I wrote the book before I got a job at the courts.

But you’re right that this book was written by someone who rolls his eyes at the psychos that populate mainstream crime fiction. If all the serial killers from these books really existed, the entire population of the planet would be buried under a basement somewhere. Thinly drawn nutcases are a cheap way of depicting good versus evil, without the author ever having to stake out territory in the ongoing political debate of what in the world evil might be. They make it easy to root for the good guys and they always let the good guys win. You use the word ‘delight’, and sure, that’s what those books are doing. But delight is not what I feel when I read that stuff.

The ironic counterpoint is that most violent crime, in my modest experience, is based on some level of psychological damage. Criminal courts spend the bulk of their time analysing the mental health issues of people who never expected to get away with the terrible thing they did. The clever, calculated act of violence almost never happens, and violent crimes go unsolved not because the criminal is brilliant, but because the criminal is lucky. Real-life criminal masterminds are white-collar. Not that you’d know that by reading your average crime fiction novel.

So my goal was to do something different: to involve John Dorn in the sorts of crimes that actually occur, and to hook the reader into a story that isn’t too far from what we read about in the newspaper.

**A lot of crime writing focuses on the physical dangers of being a detective, but you address the psychological risks as well. Is the damage John sustains from his immersion in the world of crime something you found difficult to write? **

To be blunt, if it’s difficult to write, I don’t write it. Not consciously. John’s journey was something that happened without my noticing.

As I’ve said above, my intention was to write hardboiled fiction that was coloured by reality rather than worn-out conventions. Alan Moore has said that, when he created Rorschach in Watchmen, he was trying to imagine what Batman would be like if he really existed; Moore’s conclusion was that a real-life Batman would be hateful and batshit fucking crazy – that’s Rorschach. I wondered who these tough-talking noir heroes like Philip Marlowe would be in the real world. The drinking and the cynicism are all very charming in fiction, but in reality they are born of despair. That was where I realised the character was headed.

You paint a very vivid picture of our beloved city – and not always a flattering one. Do you think Melbourne lends itself to noir in particular?

Yes, in fiction and in fact, and mostly because it’s cold. If you don’t mind my butchering Jared Daimond’s theory of civilisation: populations of colder climates developed technology faster than the peoples of warmer, equatorial locations. If you combine this with the 2001: A Space Odyssey theory of evolution, which is that mankind’s development has been fuelled by its will to violence, you’re left with the conclusion that people who live in cold climates are a pack of blood-thirsty maniacs. This is born out by the ongoing success of crime fiction set in Great Britain and Scandinavia. If I were to read a crime story set in, say, Surfers Paradise, my reaction would be, ‘Did you have to kill that guy? It’s such a lovely day. Couldn’t you go for a swim, eat an icy-pole?’ In Sweden they’re stuck indoors eleven months of the year. Of course they’re all murdering each other.

Another example is the American adaptation of the Danish TV show The Killing (Forbrydelsen). The American writers could have transposed the story to standard American locations: New York, Los Angeles, Chicago; instead they chose Seattle. They had to choose a location that was wet and cold, not because the story demanded it, but because the genre did. If they adapted The Killing for Australia, they’d set it in Melbourne.

How does your background in film come through in your writing?

In at least two ways. First, I’m not inclined to give the narrator long draughts of interior monologue. With the exception of the first few pages of my book, John’s narrations are accounts of events, just as even the most subjective kind of film would be.

Second, I love to play with a story’s chronology, and this is something I think movies do more willingly than books, with books losing out as a result. You don’t have to go far to find someone who claims that kids (or people in general) these days don’t like to read books because they’re too busy with their iPhones and their Xboxes and their W-gadgets. This is often the basis for a claim that today’s audiences aren’t smart enough for book-reading. My feeling is the reverse: if there are less people reading books, it’s because audiences are accustomed to, and prefer, intricately complex methods of storytelling, methods ignored by prose writers who believe that the extent of their job is to list evocative adjectives. Movies and TV long ago figured out that audiences need their neurons firing early and often, because our brains want to be challenged.

These stories were occasionally inspired by real cases, and some are almost comedic in nature. In your research, did you ever come across any cases that were wildly entertaining, but too farcical to be believed?

I’m not really of the view that some true stories are too strange to be believed. In the right hands, a character’s most bizarre choices can appear logical and inevitable; a good example would be the movie Dog Day Afternoon, or Cormac McCarthy’s Child of God. The problem with farcical true stories isn’t so much that they can’t be believed, but rather that they’re mired in their farcical nature, so that unless you’re reaching for comedy, the story’s unusable. Take for example the murder of Rasputin, where they poisoned him and beat him and throttled him and shot him and threw him in the river, and he just wouldn’t die. In reality that must have been intensely horrifying and dramatic, but how can you talk about it without it sounding hilarious? The writer for whom Rasputin’s death is the climax of a biographical drama faces a real challenge in telling that story accurately without switching to outright slapstick.

Then again, I’m the kind of person who wants to find humour in a botched political assassination. I can think of at least one example, A Short Film About Killing, where a murderer’s incompetence results in the drawing out of his victim’s death in horrifying ways, and there is, it’s fair to say, nothing comical about that sequence. Another example might be Benny’s Video. So geez, really, what do I know? 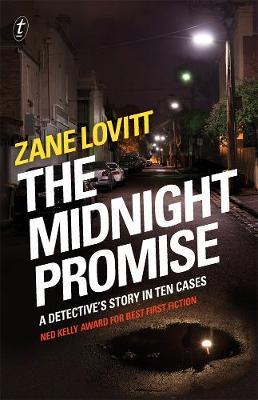