Tell us about writing The Camros Bird – where did the idea start for you?

I guess the idea started when my rage following the Tampa tragedy boiled over and I put my energies and fury into working with Actors for Refugees. Here was a group of professional performers who spoke with refugees to learn their stories, and then created performances which they took into schools, universities and community groups. At that time I also took a trip to Woomera and witnessed the amazing spectacle of the breakout.

Having read several terrific books about refugees and asylum seekers, I felt they were probably reaching the same readership each time: the converted. So my intention with The Camros Bird was to write a human interest story for a more general audience.

What are you reading now?

Women of Letters - I’m loving the stories collected here by Marieke Hardy and Michaela Maguire! Melbourne must be chock-a-block with funny, witty people.

What’s your favourite literary character of all time, and why?

Is it a cop-out to say Dervla Murphy? She’s the author and lead character in her travel books. Her spirit of adventure, her curiosity about the world and its myriad rich cultures are an inspiration to me. I love it that she does it so tough yet never whinges about the appalling conditions she often finds herself facing. I also love the obvious delight she takes from her young daughter’s charming and very funny comments.

But for a true fictional ‘character’, I’d pick Cordelia in King Lear, a role I once played at the Melbourne Theatre company. I admire her courage and forthright manner – though I was less keen on the sweaty, plastic costumes we were all forced to wear. These costumes proved very practical by the end of each show. We would hose off all the fake blood and vomit ready for the next performance.

What was your big rites-of-passage book as a teenager?

Probably Carson McCullers', The Heart is a Lonely Hunter. I was a wistful, romantic sort of teen – and still am in many ways.

What’s the last book you loved, and why?

I loved The Rosie Project. Few writers make me laugh out loud as this one did. I loved the ‘inside jokes’ we readers were party to - social gaffes that the lead character was too odd to be aware of.

I also have to mention Tim Winton’s Breath though it was a while ago that I read it. As an ex ‘surfie chick’ from Queenscliff beach in Sydney, I was captivated by Winton’s descriptions of gigantic waves, even so far as to feel an adrenaline rush while reading. 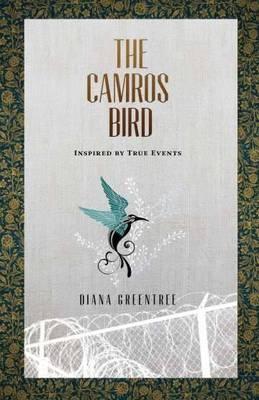