In Animal People, you revisit the family from The Children, concentrating on the hapless (middle-aged man-child) brother, Stephen. What drew you to revisit this family and these characters? And why Stephen?

It didn’t occur to me for quite some time after The Children was finished to revisit Stephen. I knew I wanted to write a very urban book, and while I was thinking about what sort of a book it might be, I kept being drawn back to thinking about Stephen. I think this is probably because of all the characters in The Children, he was the least resolved by the end. Or at least, he was the one I didn’t fully understand, when the others – Mandy especially – I felt I knew, inside out. And in a way – this will sound odd, for a person one has invented – I still worried about him. I wanted to see him through the next stage of his life, and I wanted him not to be so lonely. It is very strange how fictional characters can sort of embed themselves in one’s consciousness almost as if they are real. I think of him as a kind of wayward cousin I’ve always loved, but who inexplicably finds life a bit of a struggle.

Animal People follows one character, Stephen, over 24 hours as he plans to break up with his girlfriend at her daughter’s birthday party that afternoon. What drew you to that 24-hour structure? (And did Mrs Dalloway pop into your mind while writing at all?)

I have come to realise that in beginning a novel, I often need a kind of technical challenge to kick-start the writing for me, and in this book the time frame was that challenge. It’s almost as if my conscious writing mind needs something to focus on while the unconscious does its invisible work, the development of character and story that sort of rises up, like water in marshy ground. So the challenge was to write my way through a thoroughly ordinary day while hopefully making it an extraordinary, life-changing one for Stephen. One of the challenges was to keeping up a lively, naturalistic narrative that revealed things about Stephen without lumping in too much static flashback. But I also liked what it offered, in terms of the pressure one could bring to bear. We have all had days from hell – those days where one catastrophe leads to another and another, and I thought there was lots of dramatic potential in that. I must say I did not think of Mrs Dalloway consciously, although of course that book – like Ulysses – is there behind all one-day narratives. I was quite taken with how Richard Ford managed time in The Lay of the Land, although it’s not strictly one day. That and Independence Day might have been the books I was most conscious of as I wrote, in terms of something to learn from.

Animal People illuminates many of the contradictions, blind spots and projected fantasies inherent in our relationships with animals. There are Stephen’s ‘Dog People’ neighbours, who adore animals but are cruel to a homeless man. There are designer pet shops with glossy animal toys and DVDs, organic cafes for dogs, and the crowds who spend their money on plush souvenirs and photos at the zoo, but are uninterested in donating coins to save endangered species. What made you want to explore this theme – and how did you collect or invent all these examples?

Strangely the idea of exploring our weird behaviour towards animals didn’t occur to me until I had been writing the book for well over a year. I just plucked the zoo setting out of the air, I thought – an old flame of mine once worked at the zoo as a sandwich hand and I thought it could have some good comic potential. But then later, after I’d had a break from the novel while editing the Brothers & Sisters collection, when I went back to it the animal stuff began to emerge as a much more important strand. I saw that actually I had quite a few animals scattered through my draft, but that I hadn’t explored what they meant – to Stephen, or to me. I live in an inner urban area – and this stuff about animals is pretty visible where I live. There seems to be a gross denial of the creatures’ actual animality, a sort of desperation to humanise them, that I find depressing and a bit sad. As well, though, the zoo setting particularly allowed me to explore some ideas about captivity and freedom where humans are concerned. I might have exaggerated for comic value here or there, and I certainly entirely invented the goings-on at Stephen’s particular zoo. But in terms of our culture’s behaviour with animals I don’t think the stretch from reality is very long at all.

This novel is rich with comic observations about the absurdities of contemporary life: nudie pictures on Facebook, pseudo-scientific beauty products and the ‘wellness’ industry, ‘pretend book club’, corporate bonding exercises. Was it fun collecting all these examples? How important are they to the book?

Urban life is so absurd much of the time that you couldn’t even use it in a book because it would be so implausible. I did have loads of fun collecting the examples, occasionally giving them a tiny bit of exaggeration, but a great deal of the negotiating of an ordinary urban day is drawn directly from life. There is just so much bullshit around us, which we can get drawn into, mainly involving spending money. I loved poking fun at some of that kind of nonsense. Like the time I had a facial, and the young woman putting the stuff on my skin spoke to me in detail about Skin Care Regimens with all the confiding seriousness of an oncologist discussing a diagnosis. And corporate motivational team-building games – please. I find that sort of stuff hilarious, and I wanted to prick the balloon of its pomposity.

Stephen infuriates the people he comes into contact with, for various reasons. His mother and sister are exasperated with his lifestyle choices; his girlfriend’s family look down on him for his lack of achievement. He wears chef’s pants because they’re comfy, his house is filthy and mismatched, he works in a zoo kiosk and determinedly has no ambition, and he is often clueless about social niceties. Yet I liked him a lot. How did you feel about Stephen?

I love him. I feel very fondly towards him. And I feel sympathy for him even though it’s completely obvious why he drives people crazy with his oblivion to social cues and ambition and so on. I think I love him partly because he’s so defiantly not what a successful contemporary man is supposed to look like. But yet he’s funny and observant, I think he’s kind and smart, his girlfriend truly loves him despite what her family thinks. One of the things I was interested in examining with this book is how ‘success’ and ‘failure’ are defined in contemporary urban life. Stephen most definitely fits the failure side where some people are concerned because he doesn’t own anything, he has no career ambition, and he doesn’t seem to care enough about what other people think of him. At the same time, I do think he’s holding himself back – because of fear – from a full and rich experience of the important things in life. He’s afraid of life in the same way he’s afraid of animals; he’s scared of mess and complication – of love, indeed - but the way he deals with that fear is by deriding society, and framing his fear instead as a rejection of life’s ‘bullshit’. I think he’s the kind of man who is most wholly rescued by love, if he could only accept it.

There’s a lot of people-watching in this novel, including some terrific descriptions of characters glimpsed on public transport or in shopping centres. In some ways it seems the city itself is a key character – an amalgam of all these vignettes. Was that your intention? And are you a people-watcher?

Oh yes. After The Children, which is a thoroughly country-town book, I wanted to write a portrait of city living. In some ways I feel it’s a love song to a city, but a sort of break-up song. Living in the city drives me to distraction a lot of the time because of the noise and the ugliness and the casual inhumanity – the cruelty and isolation you witness every day – but I also love it because it jams us right up beside our fellow citizens, like it or not. You have no choice but to engage with the human race, even if those interactions are not exactly full of joy. I am also very interested in the way a city is divided by class.

Stephen reflects of himself that ‘not to be an animal person somehow meant he wasn’t fully human’. What do you think of this statement? And are you an ‘animal person’?

I’m not an animal person. I certainly gave a lot of my confusion and vague guilt about this – as well as my fur allergies – to Stephen. That said, I feel I have a great deal of respect for animals (if it’s possible for a meat eater to say that – and I’m aware it probably is not, truthfully) and I take care to treat them with respect; I believe I have thought more deeply about my interactions with animals than a great many pet-lovers have about theirs. But maybe that’s the problem – I can’t get sentimental about animals. Some people have an underactive thyroid; I think I have an underactive ‘Cute Response’ – that reaction scientists talk about, that is supposed to make us dissolve into sugary gush when we see a baby elephant or a fluffy kitten. I just feel sort of manipulated and embarrassed by what I feel to be hyperbolic sentiment about animals. But I know even having this opinion marks me as somehow callous or hardhearted to some people, even though of course I don’t think that of myself at all. But before the Cat and Dog People come after me (!) I should point out that I know I’m the odd one out here. I completely respect the rich relationships I see around me between people and their pets. Just don’t ask me to squeal with you about how cute they are. 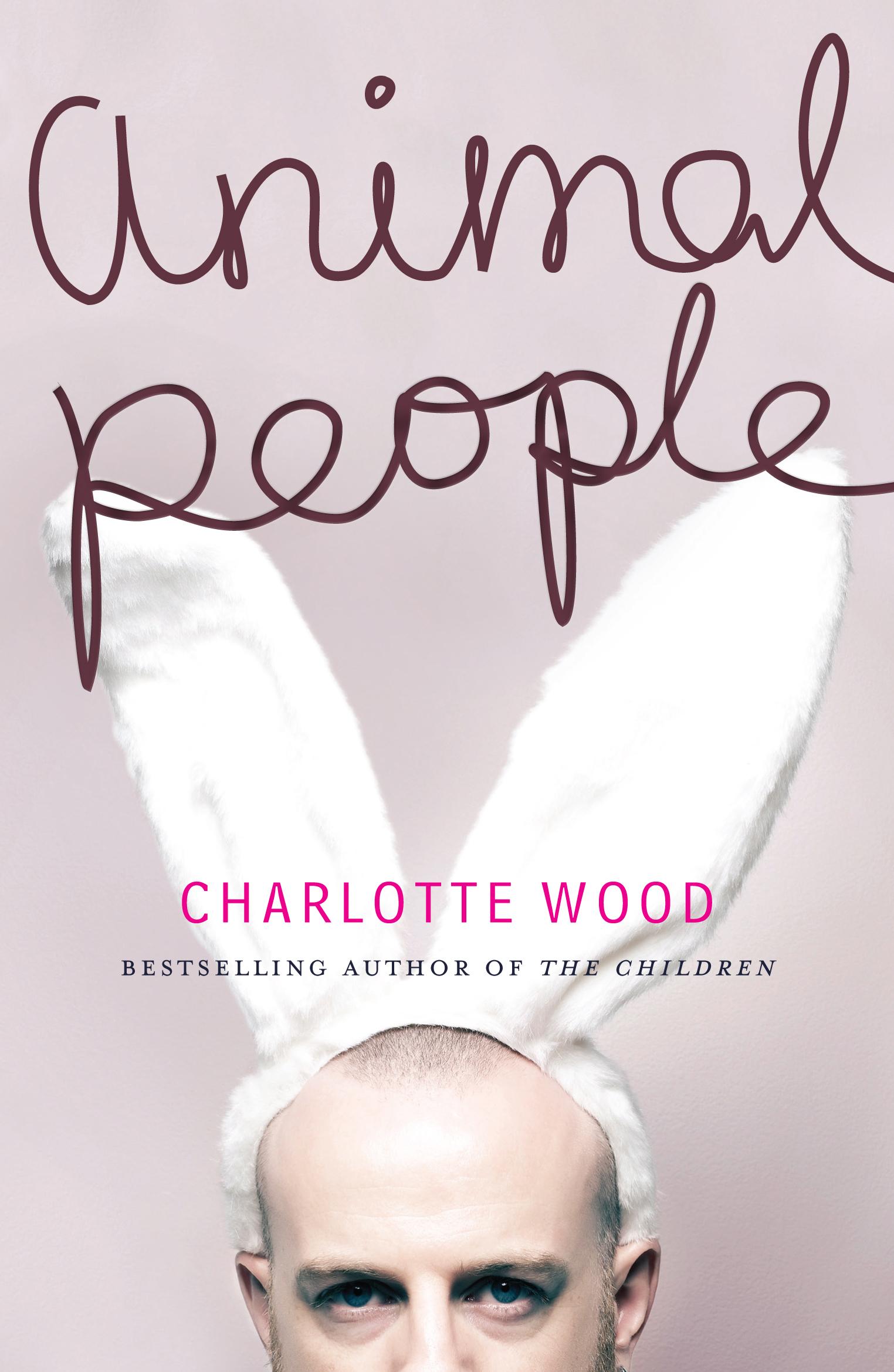