Elvi has two mums, and they’re both her real mum. But when her playmate Nicholas still needs to know more, Elvi’s imagination runs wild. Her real mum is a circus performer, and a pirate, and she even teaches spiders the art of web. Her real mum has pelican friends on speed dial and holds her when she’s scared. Who’s Your Real Mum? uses a light and humorous touch to celebrate nontraditional families, and captures exactly what lies at the heart of family life – love.

One of the world’s greatest tennis players gets the all-star Little People, Big Dreams treatment! After one of Billie Jean King’s first tennis lessons at 11, she told her mother, “I’m going to be No. 1 in the world,” a title she would come to hold five times between 1966 and 1972. This condensed story of Billie’s early life and her many achievements shows how she pushed back against gender stereotypes time after time, became the first woman ever to be named Sports Person of the Year, and always worked towards equality in sport. The entertaining illustrated story is supplemented at the end with extra facts, a biographical timeline, photos and a detailed profile.

Julian Is a Mermaid by Jessica Love

Julian sees three fabulously-dressed women on the subway and decides that they’re mermaids. He’s so inspired by this sighting that he creates his own flamboyant costume using things he finds at home, daydreaming about his own mermaid transformation. When Julian’s abuela sees Julian in his costume she takes him to the Coney Island Mermaid parade, where he meets lots of people who love dressing up as much as he does. This almost-wordless picture book features stunning illustrations, an expressive gender-questioning protagonist, and a loving and accepting grandmother.

The List of Things that Will Not Change by Rebecca Stead

When her dad announces that he and his boyfriend, Jesse, are getting married, Bea is excited that Jesse’s daughter Sonia will become the sister she’s always wanted. But when Sonia visits from California, things don’t exactly go to plan. And even though her parents divorce four years ago was as amicable as can be, her family life still presents stresses and challenges. Bea is a delightful twelve-year-old with huge, hard-to-manage feelings and a very understanding therapist. As her father’s wedding approaches, Bea feels worse and worse about a secret she has kept hidden since last summer. This sensitive novel realistically depicts a lively, expanded family. Even though not everyone is thrilled about the wedding, the love and support of family and friends makes for a very happy day.

Based on the bestselling Lumberjanes comic book series, this charming novel adaptation follows a group of campers at Miss Qiunzella Thiskwin Pinniquiqul Thistle Crumpet’s Camp for Hardcore Lady Types. April, Jo, Ripley, Mal, and Molly are chasing a coveted scout badge when they unwittingly stumble upon a herd of unicorns and the lands of the ancient Cloud People. Stuck up the very tall mountain, they must utilise all the teamwork, skills and knowledge they have to escape. Alternately funny, absurd and sweet, this is a wonderful story of magic, friendship and ingenuity. Like the original graphic novels, Unicorn Power! moves beyond gender stereotypes, includes queer and non-binary characters, and, like the Lumberjanes themselves, is dedicated to learning, curiosity, caring and adventure.

Celebrate the achievements of LGBTQ people through history and from around the world with this beautiful and bold anthology. It features full-colour portraits of a diverse and intersectional selection of 52 role models, accompanied by short biographies that focus on their incredible successes. Young readers might recognise contemporaries such as transgender activist Jazz Jennings and anti-gun activist Emma González, and be introduced for the first to time to people like Freddy Mercury, Audre Lorde and Harvey Milk. A helpful glossary and a list of sources and further reading will encourage kids to take their enquiries into these fascinating people further, if they’d like. 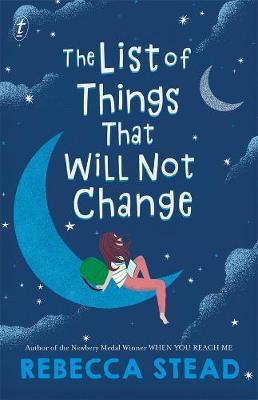 END_OF_DOCUMENT_TOKEN_TO_BE_REPLACED

Queer Heroes: Meet 53 LGBTQ Heroes From Past and Present!

To Night Owl, From Dogfish

What is Gender? How Does It Define Us? And Other Big Questions for Kids