From dangerous cults to the Miss Drag Teen Scholarship Pageant, these are our top young adult picks for the month of August.

The Boundless Sublime by Lili Wilkinson

Then she sees beautiful, angelic Fox handing out water bottles on a street corner, and she thinks for a moment that her world has been saved. He is kind and wise, and understands what Ruby is going through. He invites her to join the group he belongs to: the Institute of the Boundless Sublime. With little else going right in her life, Ruby decides to move in this new direction, but what she finds behind the scenes at the Institute is a dark and shocking secret.

This is a darker departure for Wilkinson, and her exploration of cults and brainwashing is made all the more unsettling thanks to its local Melbourne setting. Many are saying this is Wilkinson’s best book yet.

A highly recommended read for ages 14 and up.

After winning a place in a national science competition, Azra seeks her parents' permission to compete, only to find that they have other plans for her: she’s to enter into an arranged marriage to a cousin who lives in Pakistan. To refuse will bring shame on her family and send Azra into hiding for the rest of her life. Azra is faced with an impossible decision, either outcome of which will mean a huge sacrifice.

This is an engaging, thoughtful read for ages 14+ which highlights a way of life many readers will not be familiar with.

Drag Teen by Jeffery Self

YouTube icon Jeffery Self has managed to create a hilarious read that doesn’t explore the tortured horrors of coming out, but rather the lighter side of acceptance and insecurities.

After JT misses out on a scholarship to study, his boyfriend Seth suggests a different plan of attack: they embark on an epic roadtrip so that JT can compete in the Miss Drag Teen Scholarship Pageant. JT loves drag, but his only attempt so far has been disastrous… Will things be different this time?

This is a fun read perfect for fans of RuPaul’s Drag Race.

The Memory Book by Lara Avery

Samantha McCoy has big dreams about travelling to New York and becoming a human rights lawyer, but when she learns she has a rare disease which will destroy her memory, those dreams fall apart. In an effort to make the best of a bad situation, Sam decides to live life to the fullest while she still can, and resolves to make this summer a memorable one, full of parties, friendship, rebellion and love. And she’ll record it all in her journal – her Memory Book – as a way to remind her future self of the past she once had.

This is for all those fans of Jennifer Niven’s incredibly popular All the Bright Places.

Geis: A Matter of Life and Death by Alexis Deacon

A geis is a curse that cannot be broken. This intriguing graphic novel follows the fallout from just such a curse after the death of a chief matriarch. She has no heir, and so she summons fifty people to compete for the position of chief. The trials will be intense and gruelling – who will succeed to rule the kingdom?

This is a gripping fantasy graphic novel with supernatural elements and beautifully detailed artwork that readers 12 and up will love.

The Creeper Man by Dawn Kurtagich

Silla and Nori are on the run from their abusive father, so they relocate to their aunt’s house in the countryside. At first things seem safe, but it doesn’t take long for that illusion of safety to fade: their aunt locks herself in the attic, pacing back and forth; every night the forest creeps a little closer to the house, hedging them in; and worst of all, Nori claims a man watches them from the forest – a man with no eyes.

After her first novel, The Dead House, Kurtagich is quickly proving herself to be the standout horror author for teens. This is a great read for anybody 13+ who’s looking for the kind of book guaranteed to give them nightmares.

One Half From the East by Nadia Hashimi

A fascinating coming-of-age tale set in modern day Afghanistan that explores the tradition of bacha posh: when a young girl dresses as a boy and is able to enjoys all the relative freedom that entails. After Obayda’s father loses his legs in a bombing, their family decides to invite more luck into their lives by dressing their youngest daughter as a boy. It’s a practice that is meant to turn their lives around, and Obayda – now Obayd – makes new friends and explores the world in a brand new way.

A highly original narrative that will transport readers 13 and up. 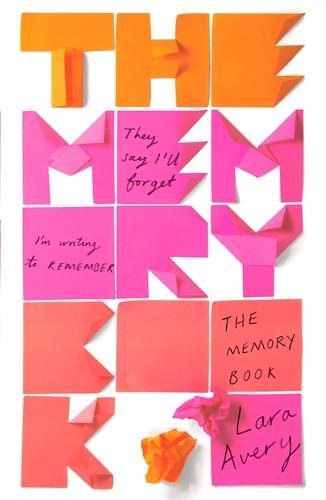