Our top picks of the month for book clubs

For book clubs in search of a taut, relentless thriller

Journalist Martin Scarsden vowed never to return to his hometown of Port Silver, but his new partner, Mandy, has inherited a house there so Martin takes a chance. He’s hopeful he can rediscover the town’s beauty – until his arrival coincides with the brutal death of his old friend Jasper…and Mandy is the chief suspect. Suddenly, Martin is trying to clear Mandy’s name, figure out what happened to his best friend, fend off the descending media – and process what happened all those years ago. There are plenty of twists and turns to mull over in this tense Australian thriller.

For book clubs who like exploring women’s lives over time

The Confession by Jessie Burton

The latest novel from the author of The Miniaturist draws on more recent history. Twenty-year-old Elise follows the charismatic older author Constance from London to Los Angeles in the 1980s, while in 2017, Rose searches for information about the mother who left her as a baby. These two narrative threads converge when Rose finds out that her mother once had a relationship with an author called Constance Holden. This is a deeply moving novel about secrets and storytelling, motherhood and friendship, and how we lose and find ourselves.

For book clubs who appreciate stories about family and dislocation

For book clubs who gravitate towards memoirs of courage and resilience

Three-month-old Kerry and her brother lost both their parents in tragic circumstances when her father killed their mother and was jailed for many years. Her father’s sister, whom she always called Mummy, raised Kerry and her brother along with her own children and others within the extended family. Their life was one of hard but determined work, and family unity gave them the strength and dignity to continue. Their greatest strength in surviving the Protectors, the White Australia Policy and the everyday racism that they faced, was Mummy and their identity as Aboriginal people.

Act of Grace by Anna Krien

Four characters' worlds intertwine across time and place, from Australia to Iraq, in a story of fear and sacrifice, trauma and survival, and what people will do to outrun the shadows. Crossing the frontiers of war, protest and cultural reconciliation, Act of Grace touches on some of Australia’s darkest aspects: our involvement in Iraq, our appalling treatment of this land’s First Peoples, and the degradation of our environment.

For book clubs who want a chilling, gothic read

After consumption ravages Louise Pinecroft’s family, her doctor father plans a revolutionary experiment: he arranges to house a group of consumptive prisoners in the cliffs beneath his new Cornish home to test the effects of the sea air. Forty years later, Hester Why arrives at Morvoren House to nurse partially paralysed and almost entirely mute Louise. Hester has fled to Cornwall to try and escape her past, but she soon discovers that her bizarre new home may be just as dangerous as her last… A Daphne Du Maurier-esque chiller set on the mysterious Cornish coast.

For book clubs interested in belief and personal transformations

Megan Phelps-Roper was raised in the Westboro Baptist Church – the notorious fire-and-brimstone religious sect at once aggressively homophobic and anti-Semitic. From her first public protest, aged five, to her instrumental role in spreading the church’s invective via social media, her formative years brought their difficulties. But being reviled was not one of them. She was preaching God’s truth. She was, in her words, ‘all in’. Then in November 2012, at the age of twenty-six, Megan left the church, her family, and her life behind. Unfollow is a story about the rarest thing of all: a person changing their mind.

The House of Youssef by Yumna Kassab

The House of Youssef is a debut collection of short stories set in Western Sydney. The stories explore the lives of Lebanese migrants who have settled in the area, circling around themes of isolation, family and community, and nostalgia for the home country. In particular, Kassab writes about relationships, and the customs which complicate them: between parents and children, the dark secrets of marriage, the breakable bonds between friends. The stories are told with extreme minimalism – some are only two pages long – which heightens their emotional intensity.

For book clubs passionate about constitutional and human rights

Since the Uluru Statement from the Heart was formed in 2017, Thomas Mayor has travelled around the country to promote its vision of a better future for Indigenous Australians. Through the story of his own journey and interviews with 20 key people, Thomas taps into a deep sense of our shared humanity.The voices within these chapters make clear what the Uluru Statement is and why it is so important. Thomas believes that we will only find the heart of our nation when the First peoples – the Aboriginal and Torres Strait Islanders – are recognised with a representative Voice enshrined in the Australian Constitution.

For book clubs who have opinions about Helvetica

Death of a Typographer by Nick Gadd

Martin Kern is a font-sensitive, typographical detective. When a local printer is found dead in his workshop, his body in the shape of an X, Martin and his co-investigator, journalist Lucy Tan, are drawn into a mystery that is stranger than anything they have encountered before. Someone is leaving typographical clues at the scenes of a series of murders, and all the trails lead back to Pieter van Floogstraten, a Dutch design genius who disappeared without trace in the 1970s. Jumping between Melbourne, a Tibetan monastery, the plains of Peru, London, Naples and Amsterdam, this is a unique mystery that takes the reader into the arcane world of typographers and their typefaces, of symbols, swashes and glyphs.

For book clubs who love literature and literary process

The brilliant Rachel Cusk returns with a series of essays that offers new insights on the themes at the heart of her life’s work. Encompassing memoir and cultural and literary criticism, with pieces on gender, politics and writers such as D. H. Lawrence, Olivia Manning and Natalia Ginzburg, this collection is essential reading for our age: fearless, unrepentantly erudite, both startling and rewarding to behold. The result is a cumulative sense of how the frank, deeply intelligent sensibility – so evident in her stories and novels – reverberates in the wider context of Cusk’s literary process. 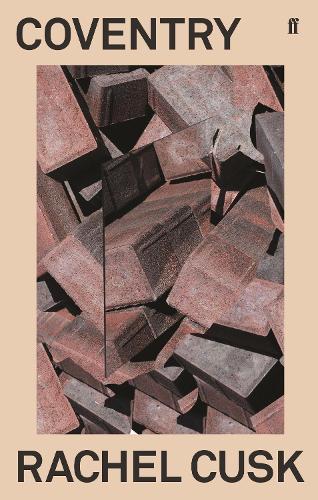