Non-fiction books to expand your mind in May

May has been a bumper month for non-fiction readers. Here are 10 brilliant new books to help you learn something new about the world around you.

Notes from an Apocalypse by Mark O'Connell

In the remote mountains of Scotland, in high-tech bunkers in South Dakota and in the lush valleys of New Zealand, small groups of determined people are getting ready. They are environmentalists who fear the ravages of climate change; billionaire entrepreneurs dreaming of life on Mars; and right-wing conspiracists yearning for a lost American idyll. One thing unites them: their certainty that we are only years away from the end of civilisation as we know it. Not unconcerned himself by the possibility of the end of days, Mark O'Connell sets out to meet them.

When writer Rebecca Giggs encountered a humpback whale stranded on her local beachfront in Australia, she began to wonder how the lives of whales shed light on the condition of our seas. In Fathoms, we learn about whales so rare they have never been named, whale songs that sweep across hemispheres in annual waves of popularity, and whales that have modified the chemical composition of our planet’s atmosphere. In the spirit of Rachel Carson and Rebecca Solnit, Giggs gives us a vivid exploration of the natural world even as she addresses what it means to write about nature at a time of environmental crisis.

The Whole Picture by Alice Procter

How to deal with the colonial history of art in museums and monuments in the public realm is a thorny issue that we are only just beginning to address. Alice Procter provides a manual for deconstructing everything you thought you knew about art history and tells the stories that have been left out of the canon. The Whole Picture is a much-needed provocation to look more critically at the accepted narratives about art, and rethink and disrupt the way we interact with the museums and galleries that display it.

The World According to Physics by Jim Al-Khalili

Here, using wonderful examples and thought-provoking analogies, Jim Al-Khalili illuminates the physics of the extreme cosmic and quantum scales, the speculative frontiers of the field, and the physics that underpins our everyday experiences and technologies, bringing the reader up to speed with the biggest ideas in physics in just a few sittings. Making even the most enigmatic scientific ideas accessible and captivating, this deeply insightful book illuminates why physics matters to everyone and calls one and all to share in the profound adventure of seeking truth in the world around us.

How to be Good by Gary Cox

What is goodness? In this instructive, entertaining and often humorous book, Gary Cox, best-selling author of How to Be an Existentialist, investigates the phenomenon of goodness and what, if anything, it is to be a good person and a paragon of virtue. Part easygoing exploration of the age-old subject of moral philosophy, part personal development and improvement manual, How to be Good carefully leads the reader on a fascinating journey through the often strange and surprising world of ethics.

Billion-dollar fines for Facebook. Cambridge Analytica. Edward Snowden. Apps on our smartphones tracking our every move. Privacy may be a defining issue of our age, but it is also one of the least understood. Our digital world confuses what we know about privacy – what is public, what is private. Rigorous and engaging, this book examines the minutiae of our digital lives while drawing on a philosophy of ethical and legal frameworks based on the thinking of philosopher Immanuel Kant. With a firm eye on the cutting edge of digital developments, Sacha Molitorisz outlines a robust model of individual consent.

The daughter of Korean immigrants, Cathy Park Hong grew up in America steeped in shame, suspicion, and melancholy. She would later understand that these minor feelings occur when American optimism contradicts your own reality. With sly humour and a poet’s searching mind, Hong uses her own story as a portal into a deeper examination of racial consciousness. This intimate and devastating book traces her relationship to the English language, to shame and depression, to poetry and art-making, and to family and female friendship.

The Fall of the House of Byron by Emily Brand

William, 5th Baron Byron – known to history as the ‘Wicked Lord’ – was not the only Byron infamous for scandal and impropriety. The Fall of the House of Byron follows the fates of Lord Byron’s ancestors over three generations in a drama that begins in rural Nottinghamshire and plays out in the gentlemen’s clubs of Georgian London, amid tempests on far-flung seas, and in the glamour of pre-revolutionary France. A compelling story of a prominent and controversial characters, it is a sumptuous family portrait and an electrifying work of social history.

Our Final Warning by Mark Lynas

We are living in a climate emergency. But how much worse could it get? Are we already past the point of no return? What kind of future can our children expect? Rigorously cataloguing the very latest climate science, Mark Lynas explores the course we have set for Earth over the next century and beyond. Degree by terrifying degree, he charts the likely consequences of global heating and the ensuing climate catastrophe. This book must not be ignored. It really is our final warning.

As a botanist, Robin Wall Kimmerer has been trained to ask questions of nature with the tools of science. As a member of the Citizen Potawatomi Nation, she embraces the notion that plants and animals are our oldest teachers. Here, Kimmerer brings these two lenses of knowledge together. As she does so, she circles toward a central argument – that the awakening of a wider ecological consciousness requires the acknowledgement and celebration of our reciprocal relationship with the rest of the living world. 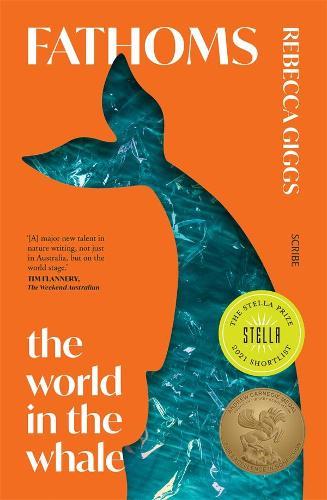