New debut fiction from around the world

We always love discovering new and exciting voices in books. Here are six recent works of debut fiction from writers around the world – from India, Denmark, South Korea, the US, Ireland and Ukraine.

If I Had Your Face by Frances Cha

If I Had Your Face plunges us into the mesmerising world of contemporary Seoul – a place where extreme plastic surgery is as routine as getting a haircut, where women compete for spots in secret ‘room salons’ to entertain wealthy businessmen after hours, where K-Pop stars are the object of all-consuming obsession, and ruthless social hierarchies dictate your every move.

As You Were by Elaine Feeney

Sinéad Hynes is a young property developer with a terrifying secret. No-one knows it: not her fellow patients in a failing hospital, and certainly not her family. She has confided only in Google and a shiny magpie. But she can’t go on like this… As You Were is about intimate histories, institutional failures, the kindness of strangers, and the darkly present past of modern Ireland. It is about women’s stories and women’s struggles. It is about seizing the moment to be free.

It’s February 1976, and Odessa, Texas, stands on the cusp of the next great oil boom. One morning, fourteen-year-old Gloria Ramírez appears on the front porch of Mary Rose Whitehead’s ranch house, broken and barely alive. The teenager has been viciously attacked in a nearby oil field. When justice for Glory is evasive and one of the town’s women decides to take matters into her own hands, the stage is set for a showdown with potentially devastating consequences.

Ten-year-old Jas has a unique way of experiencing her universe: the feeling of udder ointment on her skin as protection against harsh winters; the texture of green warts, like capers, on migrating toads; the sound of ‘blush words’ that aren’t in the Bible. But when a tragic accident ruptures the family, her curiosity warps into a vortex of increasingly disturbing fantasies.

Good Citizens Need Not Fear tacks from moments of intense paranoia to surprising tenderness and back again, exploring what it is to be an individual amidst the roiling forces of history. Inspired by her and her family’s own experiences in Ukraine, Reva brings the black absurdism of early Gary Shteyngart and the sly interconnectedness of Anthony Marra to a collection of short stories that is as clever as it is heartfelt.

Latitudes of Longing by Shubhangi Swarup

In the feverish tropics of the Andaman Islands, a young botanist tends to a fragile rose he has imported to welcome his bride. A breathtaking epic, Latitudes of Longing possesses the reader with a blazing sense of wonder. Shubhangi Swarup’s vision goes deeper than the human stories of the subcontinent to reveal the conscious history of the earth itself. Tender in every detail, touched with humour and profound, this is a novel brimming with life, an original masterpiece. 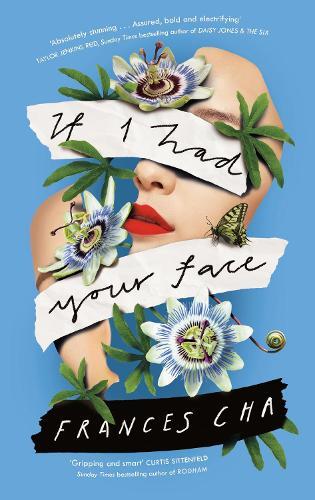