South and West by Joan Didion

I’ve recently started this book – a collection of notes taken by Didion on her trip through the American South in the summer of 1970. Her ability to conjure a wrenching picture through small, seemingly casual detail is as acute as ever, and her knowledge of history saturates the present that she writes of. I suspect it is this intuitive understanding of death, change and decay that allows her to feel out the uneasiness of the times (an uneasiness that permeates all of her work). The portrait she paints is not of the world as she sees it, but rather, of the world as she sees it trying to be. A powerful read.

The Half-finished Heaven by Tomas Tranströmer (translated by Robert Bly)

This isn’t the first time I have read this collection by the great Swedish poet, and it won’t be the last. I like to keep this book near for when life speeds up and I need to suspend time for a moment, living purely through the richness of my senses and imagination. The Cinnamon Peeler: Selected Poems by Michael Ondaatje was my favourite volume of poetry for a long time before I stumbled across this one, and both are collections that I find myself coming back to again and again.

The Smell of Other People’s Houses by Bonnie-sue Hitchcock

This YA novel has been recommended to me by several colleagues as an incredibly powerful and moving debut, for adults as well as teens. Set in Alaska in the seventies, it is told from the perspective of four different teens, and explores themes of racism, abuse and intergenerational trauma. Hitchcock is a fourth generation Alaskan with a deep love for the landscape and communities she grew up in, and her spare, haunting prose conjures a world you can taste and touch.

I have been DYING to read Kraus’s new novel – it teases me from the shelf every time I’m at work in our Carlton store. The History of Love was one of my favourite books ever (I said it), and I really cherish everything Kraus writes. Her writing is full of spirit and warmth; her characters are achingly vulnerable without a trace of sentimentality. I can’t wait for this one.

I’ve been reading this book over the past while and have just reached the final essay. Anyone who feels intimidated by Butler – or really, anyone at all – should give this a go. It is written in a spare, direct style and approaches some potent and unexpectedly moving ideas. Beneath her examination of mourning and violence (Who do we mourn? Whose lives do we consider grievable?) lies a deeper exploration of human subjectivity. In what ways are we beyond ourselves, outside ourselves, dependent on others for the very terms that give us meaning? In what ways might we be dispossessed by grief, and by loss, and what does this reveal about us?

Go Tell It on The Mountain by James Baldwin

This is Baldwin’s first and most autobiographical novel. It explores his relationship with his father, and in his own words was ‘what I had to write about before I could write anything else’. If you have not yet read any of Baldwin’s novels, I urge you to pick one up, particularly Another Country or Giovanni’s Room. I also highly recommend his collection of essays Notes of a Native Son, or any of his non-fiction. Baldwin is one of the most deeply insightful and honest thinkers I have encountered, and his writing will change you.

On Race by George Yancy

Yancy is a writer and professor at Emory University, US, and this book comprises a collection of in-depth interviews around race that he conducted throughout 2016. He spoke to thinkers such as bell hooks, Patricia Hill Collins, Charles W. Mills, Paul Gilroy, Linda Martín Alcoff and Kwame Anthony Appiah. Butler also makes an appearance here, as does Chomsky. Yancy’s warm, conversational manner, his generosity of spirit and his refusal to shy away from the difficult questions makes for a series of fascinating and moving interviews. On Race also a great entry point into Yancy’s work, which is only more brilliant and challenging the further you get into it. 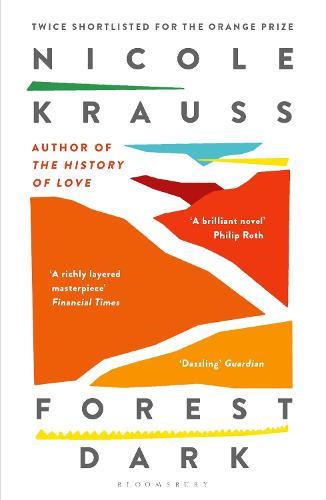