Meet the bookseller with Pia Spreadborough

Pia Spreadborough has worked at Readings since 2010, moonlighting at various stores, managing book launches and more. She now works in the Readings warehouse as a member of our busy online dispatch and receiving teams. Here, she chats about books and what happens when you turn feminism into a commodity, and shares the disaster artists she’d invite to a dinner party.

What is your favourite part of your job?

I’ve worked at Readings since I was 18, so I’ve had 10 years to moonlight in almost every kind of role in the company, at almost every store. Currently I work in the warehouse, alternating between the online store and receiving. When I began working there I had no idea what the sausage looked like or how it was made, so to speak. A lot of physical work and problem solving occurs behind the scenes, and it’s cool to see how everyone’s role in the company works in harmony to get the book from the box it arrives in at the warehouse to the customer’s hands.

What kind of trends do you see in books right now?

It’s cool that the publishing world is revisiting first- and second-wave feminism. For example, works by Angela Davis, Audre Lorde, Bell Hooks and Gloria Steinem were once difficult to access, but now their material is accessible beyond an academic context and are published in inexpensive editions. So whether this current wave is streamlining or critiquing the canon, it all plays a large part in inspiring the current wave of feminism and representation. I feel like feminism has inevitably become a commodity, so I’ve noticed a lot of titles and objects that de-contextualise the necessary labour and analysis involved in true progress, but the direction we’re heading in is encouraging and I feel that current publishing trends reflect that.

If you were cursed to be trapped inside the world of a book, which one would you pick – and why?

I’d like to be trapped in Detective Phillips Marlowe’s crime-noir Los Angeles in the Forties. Chandler’s pulpy depiction of Los Angeles resonates with me. It’s romantic, dangerous, and cinematic.

Tell us about a book that changed the way you think.

I had never bought into the glamour of being a train wreck until I read Slow Days, Fast Company by Eve Babitz. I’m obsessed with her. She’s special to me because she can’t ever be categorised as one thing; in my opinion she’s a multitude of flaws and contradictions, and accepts herself in a really casual way. She’s clever, saucy, funny and dynamic. And never self-reproaching when she thinks wicked snarky thoughts -– I love that.

If you were going to host a dinner party with authors, who would you invite?

My dream dinner party, comprising of shit-stirring disaster artists is:

1. Eve Babitz - see above.
2. Nick Kent – rock journalist for NME in the Seventies. My partner got me onto this great collection of his essays called The Dark Stuff: Selected writings on Rock Music. He’s got the dirt, and obviously likes to dish it.
3. Clarice Lispector – a palate cleanser and literary mystic to listen to, before I dive back into chaos.
4. Vince Bugliosi – Bugliosi was a Los Angeles County Deputy District Attorney in the mid-Sixties and early Seventies, and wrote Helter Skelter, a sensational account of the Manson Family Murders and subsequent trial.
5. Iggy Pop – Total Chaos is a really cool coffee table biography.
6. John E. Douglas - member of the pioneering Behavioural Science Unit from the FBI that wrote Mindhunter.
7. David McGowan – writer of Weird Scenes Inside the Canyon, a rollicking and plausible conspiracy theory the careers of many Sixties and Seventies musicians and counter-culture players and their alleged connections to the CIA and US Military.
8. Anais Nin –her non fiction is superb – try a A Woman Speaks if you can.
9. Julia Child - because she’s absolutely charming and maybe she’d teach me how to make a bangin' French Onion Soup.
10. Debbie Harry aka Blondie – her recently released biography Face It is very fun and insightful.

There’s a series of freeform music commentary called 33⅓, where a single author will write about an album. My boyfriend gave me the volume about Low, my favourite David Bowie album, after I’d visited Berlin for the first time - a large part of that album is shaped by Bowie running away from all his problems to find inspiration and anonymity in Berlin. He shed his previous stage personas, got clean, and collaborated with Brian Eno and Tony Visconti while recording Low. He was inspired by the decadence of Weimar culture, the primitivism of German expressionism, and by the binary of East and West Germany in the 70’s. Hugo Wilken writes a fascinating interpretation of Bowie’s personal context while recording this album that enriched my listening experience.

What books are sitting on your bedside table right now?

Stasiland by Anna Funder – definitely one of my favourite books and one I’d like to re-read. Season of the Witch: How The Occult Saved Rock and Roll by Peter Bebergal is on top of that, and on top of that are a few novellas - Maigret novels, Paradise Rot by Jenny Hval, and Ask the Dust by John Fante. Mezzanine by Nicholson Baker however, is on the very top of priority pile. It was recommended by my colleagues Ford and Chris – the recommendations from the people you work with are a huge joy of this job. 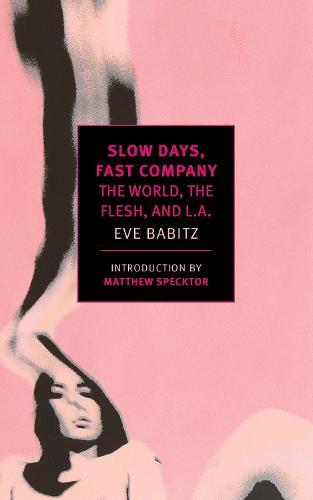