We chat with emerging children’s book illustrator Sophie Beer about her craft and inspirations.

We love how bold and fizzing your art is. Can you tell us a little bit about your process and the materials you use?

I usually start off with a mood board of things that inspire me. Photos! Other illustrations! Cross-stitches! A soup recipe! Interpretive dance! Anything can be inspirational. I then rush to get my ideas down on paper as quickly as possible while in the throes of creativity. The end result of this fit of inspiration is usually astonishingly appalling.

I send this rough sketch off to my client or editor, who must utter a scream of horror when something so mangled blobs up to darken their emails. After assurances that, yes, the final will look extremely different, I do a greyscale version of the illustration in Photoshop. I find this helps figure out value contrast and aids in emphasising things in the illustration without the confusion of colour. Only then do I wrestle with the colour pallette, my love and also my torturer.

Sometimes an illustration clicks into place with a colour palette so beautifully and easily, it seems preternatural. Other times, I’ll be wrestling with a colour palette for weeks, whipping it into shape and trying to make it behave while it grumbles at me and sticks out its tongue. It is a delicate process, the end of which should produce something akin to an illustration!

What made you decide to create picture books?

Books were always the great love of my life. I remember poring over picture books in the library at school as a six-year-old and fervently wishing I could one day create something so magnificent. There’s something exquisite about words and images working in tandem that picture books wholly and uniquely personify and which the rest of the world only is allowed snatched glimpses of. When I started working as an illustrator, people kept telling me that my work would be good for children and only then, goaded by fate, did I actually entertain the awe-inspiring notion that I myself could be a picture book maker! The reverence of the mantle still thrills me.

What do you think makes a good picture book?

Clever, but not just for cleverness’s sake.

Pretty, but not just for aesthetic’s sake.

Concise, but not just for brevity’s sake.

Emotional, but not just to unnecessarily pluck at your heart strings.

And I am a fan of a good, strong, hefty ending that stays with you – like a hearty stew that has a fanciful herb in it that you can only pick up as an aftertaste.

Tell us about your forthcoming books.

My first two Pups board books (Rainbow Pups, Naughty Pups) are out right now with HGE (eek!). In May, I also have Love Makes a Family, an ode to rainbow families, coming out with HGE.

In July, look out for Wren by Katrina Lehman which I’ve illustrated. This picture book is coming out with the incredible, starry Scribe Publications and was supposed to be released a few years ago, but I had a health mishap and we had to reschedule. I’m eternally grateful that the world is finally seeing this glorious book!

Finally, Amazing Australian Women, written by Pamela Freeman and published by Hachette will be released in August. And as my mum would say, that’s quite enough to be getting on with.

Phew, that’s a lot of books! How do you go about juggling multiple projects?

With a lot of caffeine, inappropriate sleep hygiene, and sob sessions with my greyhound as therapist. In all seriousness, I adore being busy but have to get better at time management. I’ve had too many late nights with only the moon and Netflix as company recently! (That is the best part of working digitally – if you have a two monitor set up, you can draw AND watch TV! Talk about multitasking!) The tricky thing about illustration is that you never know how long a project might take, so time portioning is hard. It can all pour out as easily as a cup of warm milk, or be dragged, kicking and screaming, into existence. The latter obviously takes more time!

And finally, which illustrators inspire you?

Lately, I’ve been really into Károly Reich, a Hungarian illustrator who created the most fantastical, bright, bold, messy, fabulous worlds on paper. I saw a print of his (unattributed, of course!) online and went through a horrifically confused, warren-like Google wormhole to figure out who this amazing artist was. Finally, I arrived at that lovely name. Károly Reich. It was hard won, but he was worth it.

And of course, I will be perennially inspired by Mary Blair and Roger Duvoisin!

END_OF_DOCUMENT_TOKEN_TO_BE_REPLACED 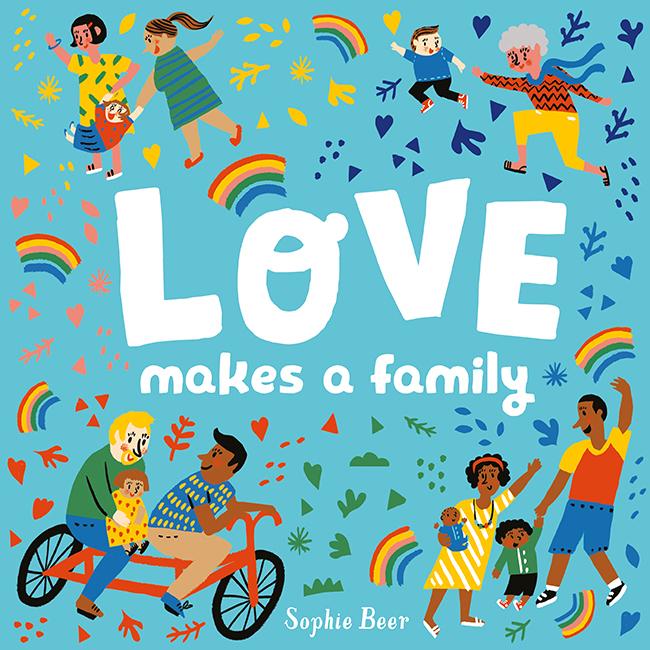 Whether you have two mums, two dads, one parent, or one of each, there's one thing that makes a family a family... and that's love. A book for EVERY family by dazzling illustrator Sophie Beer. Longlisted for the 2019... 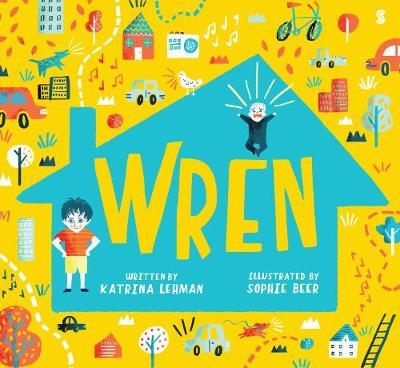 Wren just wants a bit of peace and quiet. What he gets is the noisiest baby sister you could ever imagine! But when Wren runs away to the country, he discovers that maybe peace and quiet isn't all he needs...