Literary crime novels to get under your skin

Here we share eight of our best picks for literary crime crossover reads – from exciting recent releases, to established staff favourites, to must-read classics that we recommend again and again.

Will and Testament by Vigdis Hjorth (translated by Charlotte Barslund)

When a dispute over her parents' will grows bitter, Bergljot is drawn back into the orbit of the family she fled twenty years before. To outsiders, it is a quarrel about property and favouritism. But Bergljot, who has borne a horrible secret since childhood, understands the gesture as something very different – a final attempt to suppress the truth and a cruel insult to the grievously injured. A literary sensation in Norway, Will and Testament is a lyrical meditation on trauma and memory, as well as a furious account of a woman’s struggle to survive and be believed.

Your House Will Pay by Steph Cha

In her beautifully written debut, Cha has crafted an urgent and timely novel about the intertwined fates of two families. In the early Nineties, Shawn, a young African-American teen, his sister Ava, and cousin Ray, live in the volatile, post-Rodney-King atmosphere of South Central LA. Three decades later, police brutality still afflicts the city, and Grace, a Korean-American pharmacist living and working with her parents, is about to learn about a terrible family secret. No ordinary crime novel, Your House Will Pay is a fearless and empathetic exploration of race, privilege, forgiveness, reparation and familial love.

Blackie and Rips are fresh out of prison when they set off on a road trip back to Wiradjuri country with their mate Carlos. Blackie is out for revenge against the cop who put him in prison on false grounds. He is also craving to reconnect with his grandmother’s country. Driven by his hunger for amphetamines and payback, Blackie reaches dark places of both mystery and beauty as he searches for peace. Part road-movie, part ‘Koori-noir’, Dancing Home introduces the original and darkly funny voice of Collis, winner of the David Unaipon Award.

Eileen Dunlop, an unassuming yet disturbed young woman, is trapped between her role as her alcoholic father’s carer and her day job as a secretary at the boys' prison. When the beautiful, charismatic Rebecca Saint John arrives on the scene as the new prison counselor, Eileen is unable to resist what appears to be a miraculously budding friendship. In a Hitchcockian twist, her affection for Rebecca ultimately pulls her into complicity in a crime that surpasses her wildest imaginings. This is a mesmeric, terrifying, and sublimely funny debut novel set against the snowy landscape of coastal New England.

Fans can also look out for a new book from Moshfegh in the imminent future!

David Tran becomes the Golden Boy of Australian medical research and invents a drug that could transform immunology. Eight volunteers are recruited for the first human trial, but when David dies in baffling circumstances, motives are put under the microscope. Told from the perspectives of David’s friends, family and business associates, Eight Lives is a smart, sophisticated thriller that explores power, class and prejudice and will keep you engrossed until the last page.

Patricia Highsmith’s tense, unsettling novels about charming sociopath Tom Ripley are among her best known works. The Talented Mr. Ripley is the first book to introduce readers to Tom – a young striver, newly arrived in the heady world of Manhattan in the 1950s. When he accepts a handsome reward to travel to Italy to retrieve Dickie Greenleaf, he soon becomes enamoured of his new friend’s moneyed world and a deadly obsession blossoms.

This subversive, entertaining noir novel from the winner of the 2018 Nobel Prize in Literature takes place in a remote Polish village, where Duszejko, an eccentric woman in her sixties, recounts the events surrounding the disappearance of her two dogs. When members of a local hunting club are found murdered, she becomes involved in the investigation. Filled with wonderful characters, Tokarczuk offers thought-provoking ideas on our perceptions of madness, injustice against marginalised people, animal rights, the hypocrisy of traditional religion, belief in predestination - and getting away with murder.

The Wych Elm by Tana French

Carefree and privileged Toby has cruised through life with his supportive family, good job, loving girlfriend and raucous friends, and has little sympathy for those who aren’t successful. But when a burglary goes violently wrong, an injured Toby leaves for The Ivy House, his family home, to recuperate and help out his dying uncle. His childhood memories happily sustain him until the discovery of a human skull in the trunk of an elm tree in the garden – and suddenly the past doesn’t seem quite so rosy. A spellbinding standalone from French, a literary writer who turns the crime genre inside out, and a firm favourite of Readings crime aficionados. 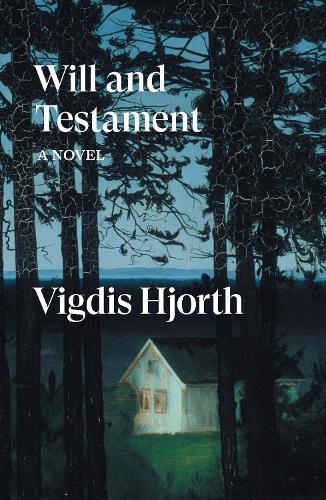