It seems that after a short hiatus, readers are regaining their thirst for politics with a vengeance - with both Ross Garnaut’s Dog Days and Geoffrey Robertson’s Dreaming Too Loud appearing in our bestsellers list this week. Bob Hawke calls Dog Days ‘a must-read for anyone concerned with the economic and social future of Australia’, and Dreaming Too Loud brings together essays and speeches from a man once called ‘the greatest living Australian’.

Graeme Simsion has also popped up again with classic screwball romantic comedy, The Rosie Project while Christos Tsiolkas continues to dominate with his novel Barracuda. Along with these two, Australian fiction almost forms half our list (including Eyrie and The Narrow Road to the Deep North).

On top of all this goodness, Ian Rankin remains a favourite (Saints of the Shadow Bible) and Ben Schott’s Schottenfreude, full of German words we all wished existed, is still in demand as well as two of our favourite big, literary novels of the year - Donna Tartt’s The Goldfinch and Eleanor Catton’s The Luminaries. We can recommend both as excellent picks for summer time reads. 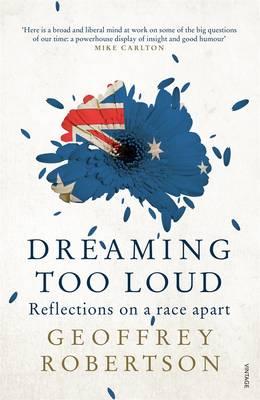 A Year of Simple Family Food