Kate Gordon on life at fourteen

To mark the release of her new young adult novel Kate Gordon tells us about what her life was like in her early teen years.

When I was fourteen I was one of the youngest Grade Tens at my rural high school. I was one of the skinniest, too, and the tallest but also the least athletic. I wasn’t cool. I didn’t drink, barely knew what a drug was, apart from Panadol, and LSD because the Beatles did it. When my drama teacher told a group of girls off during an excursion because he could “smell it on their clothes”, I thought they’d been caught nicking perfume.

I listened to country music while the other kids moshed to Pearl Jam. I loved Robbie Williams just that bit too much. I spent my Saturday nights trying to stay awake long enough to watch Parkinson.

I read too much. I wrote too hard and woke up in the morning with plot hangovers.

Fourteen is a weird age. You’re still a kid in so many ways. You still love your favourite pop star or sporting hero intensely. You might still have a teddy bear or two. You still need your mum and dad when you’re sad. And yet other, more grown-up things have come on to your radar. There might be the odd iffy-smelling drink at parties. A couple of kids might be smoking behind the bus sheds. And even a totally un-rad kid like me was still deeply, deeply interested in finding the love of my young life.

Being cool might not matter to every kid, but finding a place to belong totally does. I found my tribe with a group of kids who didn’t care much about being cool but were ridiculously awesome in their own way. And that’s the most important thing about being fourteen, I think, finding the people who get you and who make you feel at home.

In Writing Clementine, my main character, Clem, is starting to fall out with her old friends. They’ve become cool, boy-crazy and obsessed with clothes, gossip and top forty music. Clementine doesn’t care so much about appearances. She loves poetry and art and is too preoccupied with the issues in her family to think that short skirts and make-up are in any way important. She loves dancing to daggy music with her dad and watching old movies with her sister. She doesn’t belong in the new, cool world of Cleo and Chelsea-Grace. She’s looking for a place to belong, and she finds it with a strange boy called Fred Paul, and a steampunk society.

For me, and for so many young people like me, books are another place to find your tribe and your family. It was through reading that I discovered that every fourteen-year-old feels like I did. It was through reading that I found friends and found my place in the world. Books give us somewhere to belong, and never is that need more potent than when you’re in your early teens. So books for this age group matter. They matter because they make young people feel like the person they are is okay. They give them an escape and they give them a home.

Here are some wonderful books for early teens: 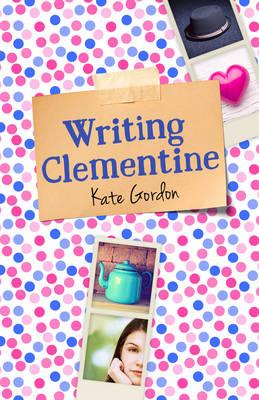