June Highlights from the Commonwealth to New YA

Late last year, I was very honoured to be invited to join the judging panel for the Commonwealth Book Prize, an annual award for a best first novel from member countries. We were asked to choose winners from the five Commonwealth regions, and from those five to also elect an overall winner. So it was that in early January we began to whittle down an 80-odd longlist, which by late April became a shortlist of 20, and finally just five.

Needless to say it was a staggering amount of reading. But it was also fascinating to look at books from such diverse parts of the world, including some countries that have only a modicum of the literary apparatus that we take for granted in Australia. I was also struck by how literature functions differently in different societies: a novel that emerges from war-torn Nigeria or Sri Lanka, for instance, is very unlikely not to bear traces of such conflict. Of course, one of the Australian shortlistees – Majok Tulba’s Beneath the Darkening Sky – is also marked in this way, as he tries to make sense of the homeland he escaped as a teenager, Sudan.

I would of course recommend all of the winning titles to you very highly. From Australia, there’s Michael Sala’s wonderful The Last Thread, which one of my fellow judges described as ‘deeply touching’ and ‘unforgettable’. Sri Lankan-born Nayomi Munaweera writes a heartfelt and utterly magical reckoning with her homeland in Island of a Thousand Mirrors, and Scot Lisa O’Donnell has The Death of Bees, which takes on a confronting issue – parental neglect and abuse.

The novel, which was also named the overall winner on Friday May 31, transports us with a dramatic opening scene, and contains some of the most tenderly-drawn and endearing characters I’ve encountered in fiction in a long while.

Turning to June releases, we have some exciting new novels by Philipp Meyer, Colum McCann and Rachel Kushner. Also, there is a welcome retrospective of James Salter’s wonderful short fiction, Collected Stories, which is likely to be an essential volume for all fans of contemporary American literature.

In non-fiction, Anne Summers’ The Misogyny Factor explores the relevance and meaning of the term in contemporary Australian society. Meanwhile, Mel Campbell examines the fashion industry in Out of Shape, and how sizing and fit is a social construct. ‘It’s about bodies and ideals, reflections and distortions, gazes and doubts,’ reflects our reviewer, Jessica Au.

Finally, our pick of Australian fiction this month is a young adult novel: Fiona Wood’s Wildlife. It’s a follow-up to her enormously successful Six Impossible Things, and there’s a veritable clamour around it here at Readings pre-publication. Our children’s book buyer Emily Gale simply says, ‘Amazing!’ 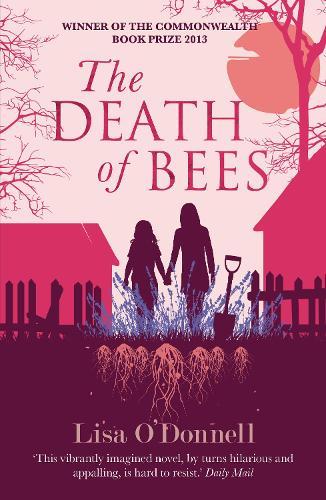