The publication of a new edition of McSweeney’s – the quarterly journal produced by Dave Eggers’s indie publishing house in the US – is always a cause for celebration. And with the release of McSweeney’s Issue 41 this month we have an extra reason to celebrate, as it includes a special section of indigenous Australian fiction, put together by man-about-booktown Chris Flynn.

When I got in touch with Chris to find out a little bit more about the project, he told me how it all came to be. ‘I’ve been a McSweeney’s subscriber for years and they had occasionally incorporated sections of the quarterly devoted to fiction from specific nations - Icelandic fiction, Kenyan fiction, Norwegian fiction. It occurred to me that a lot of the fiction by indigenous writers I was enjoying was similar in tone and style to stories I’d loved in McSweeney’s. And so I began to fantasise about how awesome it would be if one day they might run a portfolio of Australian indigenous fiction.’

And how did that fantasy become a reality?

‘I was fortunate enough to meet and become friends with Eli Horowitz a number of years back, and I stayed at his place on a trip to the US in 2011. Jordan Bass had succeeded Eli as managing editor of the publishing house by that stage and so I pitched him the idea. He loved it and agreed instantly, so upon my return to Australia last August I put the call out for submissions.’

In the end Chris was able to choose four stories for the issue – two by established writers Tony Birch (one of this year’s Miles Franklin prize-shortlistees) and Tara June Winch, one by previously-published Queensland writer Melissa Lucashenko and one by relative newcomer Ellen van Neerven-Currie, also from Queensland.

Chris says that Ellen will be a writer to look out for in the future. ‘I thought I was aware of pretty much every indigenous fiction writer working today when the call went out and I contacted most of them personally but there were still a few surprises that landed in my inbox – exciting young writers finding their groove. Ellen was one of those. When I first read her story I literally punched the air. She’s awesome, and we’re sure to see her name popping up all over the place in the next few years.’

But those looking for similar voices, themes or threads in each of the four Australian stories published in McSweeney’s Issue 41 are set to be disappointed. ‘The defining characteristic of the submissions we received from indigenous writers was that they were all vastly different - funny, brutal, achingly beautiful, unafraid. In terms of short fiction, this is where it’s at for me, this is the cutting edge.’

The four stories appear in a section of the new McSweeney’s called ‘Terra Australis’, which is introduced by Chris Flynn. ‘I’m just stoked I was able to help provide a connection between some of my favourite Australian writers and my favourite fiction quarterly,’ he told me.

McSweeney’s Issue 41 is out now.

The Wheeler Centre is hosting a special event with Chris Flynn, McSweeney’s managing editor Jordan Bass and three of the Australian writers featured in the issue - Tony Birch, Ellen van Neerven-Currie and Melissa Lucashenko on September 13.

And if you’re in Brisbane Chris, Jordan and the gang will also be launching the issue on September 8 at the Brisbane Writers' Festival at a free event. 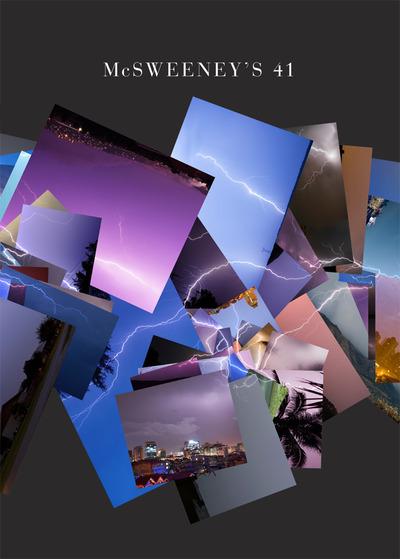