Here’s why Anne with an E feels like a betrayal

Bookseller Bronte Coates on why Anne with an E, Netflix’s adaptation of L.M. Montgomery’s classic 1908 novel about a popular red-haired orphan, has received so much backlash.

When you hear that the New Yorker calls Anne with an E ‘a betrayal’ you might wonder if this is an exaggeration. It’s not. Anne with an E is a terrible disappointment and I will not rest until the people responsible for this crime are chased down through a desolate plain and brought to justice.

I’m really annoyed to say this because I’m all for adaptations that flip the source material. I adored Eligible, Curtis Sittenfeld’s modern retelling of Pride and Prejudice. Her take was thoughtful, smart and blisteringly funny (and not for purists). I adored Rainbow Rowell’s Carry On which may not be a direct adaptation of Harry Potter but draws heavily from this world in its initial pages, making the comparison unavoidable. It’s full of self-aware moments that comment on the source material with affection and insight. I’ve long loved fanfic, and I’ll be forever grateful for its ability to create new spaces for readers, caving out nooks and crannies within the original story.

Yet, I found Anne with an E intolerable and it’s taken me a long time to figure out why.

In the lead-up to the show’s launch, showrunner Moira Walley-Becket made it no secret that her vision would be a gritty reboot of Montgomery’s original tale, and Anne with an E certainly delivers on this promise. The tone is bleak and oppressive and doesn’t just hint at Anne’s abuse in her former life, but presents it in vivid detail designed to shock. The first episode alone features flashbacks of of a man viciously beating Anne (during which he dies of a heart attack) and fellow girls at the orphanage placing a dead mouse in her mouth. Later, there’s sexual predators, extreme bullying, crooked scam artists, the threat of suicide, a fire.

These storytelling decisions are purportedly meant to fill in the gaps for us, and further colour in Anne’s world, but in focussing exclusively on the dark parts, the show’s creators seem to have ignored some of the original’s most crucial elements. The original story was largely centred on the domestic, following Anne’s small (usually endearing) mishaps as she made a home in Avonlea, the girl and town changing one another for the better along the way. Many of these low-tension moments of the original story still feature in the adaptation, but now they feel out of place – superficial, undercooked, or worst of all, disingenuous. When delightfully nosy neighbour Rachel Lynde calls Anne homely, Anne is shocked and devastated. She cries: ‘You’ve hurt my feelings more than they’ve ever been hurt before.’ I believed this moment in the book with my whole heart, but I didn’t believe it in the show for a second.

Because of this the show ensures Anne herself doesn’t come across as dreamy or imaginative. Rather she is deeply traumatised from her past ordeals and her flights of fancy are now a survival mechanism. Where readers found so much joy in Anne’s imagination in the books, it now feels like we’re being taught a lesson. Anne is no longer depicted as charming, but in strife and a girl to be pitied.

Other characters have also been changed in ways that seem to demonstrate a wilful misunderstanding of who they are and what their significance is to readers.

Reading Matthew as a queer character in the book series is such well-trod territory that the decision to give him a love interest shows not only a misunderstanding of character, but also of the readership. Not to mention, it is impossible to imagine shy, dependable Matthew in a position where he would consider suicide.

Then there’s also the fact that the show drags out Marilla’s decision to adopt Anne – even having Marilla send Anne back to the orphanage after suspecting the girl of thievery. This in place of the punishment of the books where Anne is prevented from going to a picnic. Everything in Anne with an E feels like it has to be more than the books. Yet somehow they’ve made Marilla – one of the greatest mother figures in popular culture – less funny, less sharp, less forgiving and, well, less Marilla.

And I can’t tell you how much I hate a woke Gilbert Blythe. In the books, Gilbert’s relationship with Anne is deeply rooted in their competitiveness over academia and respect for one another’s brains – this is what made this relationship so important to me even now as an adult. In the show, they seem to again think the source material wasn’t ‘enough’. In their first meeting, Gilbert rescues Anne from a bully, as though to prove his goodness compared to the other boys, and later he becomes an orphan, as though to give him something to bond with Anne over.

All these decisions and they way they shape the story suggest that the creators of this show have an uneasy relationship with its source material. Time and time again, Anne with a E feels dismissive and belittling of the original story. Unlike other recent book-to-TV adaptations that take liberties with the original stories – such as HBO’s Big Little Lies and Hulu’s The Handmaid’s Tale – this adaptation seems to have a lack of trust in the book that inspired it. I wondered if the creators had even liked Montgomery’s story. It did not seem like it.

This feeling was most clear for me whenever the show made pained and awkward attempts to be more feminist. Their decisions here felt obvious and prescriptive. We see Anne attempt to prove she can be just as useful as a boy to Marilla by doing his chores and citing feminism 101. Gone are her kindred spirits and instead she is left with a misogynist for a town minister, and a nastily updated Charlie Sloane who tells girls to ‘get back in the kitchen’. (In the book, Sloane’s only crime is being odd-looking and hapless.) All these changes seem to have occurred simply so Anne can prove her feminist prowess by having something to rebel against.

Not to mention, the 1908 version is already a feminist book! Montgomery’s Anne Shirley is a smart and uncompromising heroine with romantic yearnings and a decidedly girly aesthetic. As a child I adored Anne for how she was unlike so many of the other plucky heroines. But Anne with an E has turned her into a simplistic feminist ideal, diminishing her originality as a character.

In the end, this is all nitpicking. It’s not necessarily the changes the show has made that turn it into a betrayal. It’s more fundamental than this. It’s a lack of understanding and affection with the source material. Anne with an E could have been a great show about a completely different orphan, but now it just like a cheap grab at pandering to an already exiting crowd. No stars ever. 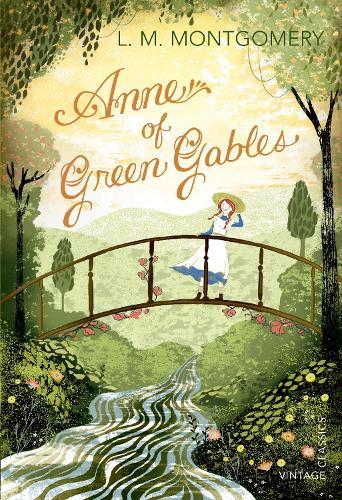