Here, he tells us his favourite books to handsell and why publishers must continue to be ‘daring’.

What are your favourite books to handsell to customers?

Two books I always enjoy sending to good homes are Katherine Dunn’s Geek Love and Sarah Bakewell’s genial but sagacious biography of Michel de Montaigne: How to Live: A Life of Montaigne in One Question and Twenty Attempts at an Answer. Dunn’s novel is sui generis among modern American fiction yet never quite gained the foothold on the popular consciousness it deserved, while Bakewell’s biography is a charming and clear-sighted primer on one of the most influential – and delightful! – writers who ever lived: the 16th century French nobleman-turned-spelunker-of-the-self who (arguably) first put the ‘I’ in ‘non-fiction’ in any meaningful way. Witold Gombrowicz’s Diary is another book I’m forever entreating the right customers to read.

What’s the most memorable thing to happen to you in a bookshop?

Working in St Kilda, there have been many – some of them too salacious or distressing to repeat. I’ll decline the easy route of the celebrity anecdote and instead recall the day a dust-caked and grizzled old timer with a face John Ford would’ve loved lumbered up to me, thumped his heavy, callused hands on the counter and, fixing me with a bugged and bloodshot eye, drawled, ‘Where’s ‘ya gold prospectin’ section, matey?’

Who’s one of the most important authors you’ve ever read?

Montaigne really had a huge impact on me when I began reading him intently about four or five years ago; his famous sceptical remark, ‘Que sçay-je?’ (‘What do I know?’) somehow permissioned me as both an aspiring writer and indeed a human being to be okay with dwelling in doubt, equivocation and ambiguity. Keats’ idea of negative capability is similarly resonant to me.

I’ve long been suspicious of all things and people resolute and unbudging – a holdover, perhaps, from a Catholic education. But then again, intransigent rationalists freak me out almost as much as anti-abortion campaigners and suicide bombers, so who knows? I suppose I just flinch from anyone unreceptive to outside influence. Montaigne’s ability to question received wisdoms, quite radical in its day, and to hold every thought, however trivial, up to the light and examine all its facets has played a major part in developing the sense of fertile uncertainty I try as best I can to meet the world with.

How do you envision the future of bookselling?

The critical advantage that bricks-and-mortar bookstores have over retailers like Amazon and its dubious subsidiaries, and that ebook thing, are the relationships we form with customers. And, at the end of the day, booksellers are proselytisers for the church of literature – books form our pantheon – and no-one wants to feel like a shill by preaching through gritted teeth about some false idol. So, we need good books. Publishers must continue to produce bold and wonderful books, to be daring in their lists. For bookselling as we know it to remain culturally viable, publishers need to keep booksellers’ faith alive – encourage us to spread the word! – by engendering a rich and heterogeneous literary culture. 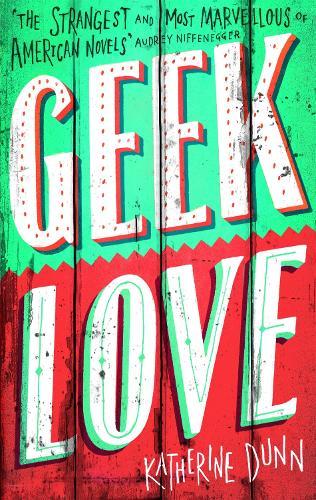