We’re so excited about four new #LoveOzYA books that have launched this month. These novels couldn’t launch with events at Readings shops as planned, but we still intend to bang the drum about them!

Read on as Astrid Scholte, Katya de Becerra, Eliza Henry Jones and Sarah Epstein share with us the stories behind their new books, and thank the people who’ve supported them.

Astrid Scholte shares the story behind The Vanishing Deep…

I first got the idea for The Vanishing Deep back in 2015 while watching an episode of The Real Housewives of NYC. In one episode, one of the housewives said she wished she could have just one more day with her late husband. The comment stuck with me. Would you want 24 more hours with a deceased loved one? What would you do with that time? And would it make a difference? I wrote the idea down in my diary but didn’t return to it until early 2017 when I sold Four Dead Queens in a two-book deal to Penguin Random House (USA).

Before I started writing, I knew I wanted to write a book about two sisters, as I’m one of two sisters and love sister stories. I also knew I wanted the world to essentially be deceased, as the book would explore themes of grief. When I was three years old, I accidentally watched a terrifying scene in Jaws 2 while over at my neighbour’s house. Since then, I’ve been both terrified and fascinated with the ocean and the secret world the surface hides. In the world of The Vanishing Deep, an advanced society was wiped out by giant waves 500 years earlier and the surviving population has to battle the turbulent seas and dwindling resources and supplies. While it’s not our world, it could certainly be our future.

I want to give a huge thanks to the Aussie YA community who have been so supportive of me and my first book, Four Dead Queens. I’m so sorry I couldn’t celebrate the launch of The Vanishing Deep with you in person, but I hope to see you later in the year. A massive thanks to my fiancé Andrew Lejcak for not only being my buoy in the choppy waters but also designing the gorgeous chapter headings. Mum and Dad, you’ve been on this journey with me from the start (of course!) and I wouldn’t be here without you. Thank you! Hugs to all my friends and family who’ve cheered me on from the sidelines. Lastly, thank you to Jodie, Sucheta and everyone at Allen & Unwin! And of course, thank you to Readings for putting this all together!

Are you ready to journey into the vanishing deep?

Pitched as Lost meets The Twilight Zone, Oasis is my second novel; my love letter to archaeology, survival stories, and all the twisty sci-fi novels I devoured as a teen. The first version of Oasis came together in November 2014 as part of my National Novel Writing Month effort. I drafted it while my debut-to-be What The Woods Keep was on submission to editors, both books then finding their home with Imprint (Macmillan US).

Oasis follows a group of Australian teens as they make their way to an active excavation site in Dubai for what promises to be the summer of their lives. When a terrible sand storm destroys the site, stranding them in the desert, their summer turns into a surreal nightmare and a struggle for survival. They think they are saved when they come across a mysterious oasis. But who will save them from the oasis?

My new young adult novel, How to Grow a Family Tree, is all about family, first love, trauma, forced adoption and finding your people. Stella may only be seventeen, but having read every self-help book she can find means she knows a thing or two about helping people. She sure wasn’t expecting to be the one in need of help, though! For me, growing up in a family with forced adoption and trauma has shaped how I see the world and how I’ve found my people. Being able to explore these issues in this novel has been really special.

A huge thank to all the booksellers for everything you do. Thanks also to all the wonderful readers and reviewers out there and, of course, to everyone at HarperCollins. Particular thanks to Lisa Berryman – it is such a joy to work with you.

Deep Water was a long time in the making. I first started writing it around thirteen years ago when I had an idea about a small town mystery involving reunited friends, guilt and secrets. Could I write this story? I’d never written a novel-length work before and didn’t know how to go about it. It took many, many false starts before I found my voice and figured out the story I was trying to tell. And even when I finally finished the manuscript, it wasn’t really finished at all.

I revised and polished the story, shared it with beta readers for feedback, and then ended up rewriting it all over again. I sent the new version to more readers and realised I still hadn’t nailed it, and part of me wondered if I ever would. It got shoved aside in frustration, in favour of shiny new ideas. It waited patiently for me to finish another manuscript, and then another. Every now and then I’d pick it up again and tinker with a scene here and there, never fully able to let the story go.

After my debut novel Small Spaces was released, I was able to sit down and look at this story with fresh eyes and the writing skills I’d improved along the way. I could see a way to fix some of the problems I hadn’t been able to before, but it would mean rewriting the entire story from the ground up…again. Through all the different iterations of the story, the core characters have never changed: a missing boy named Henry, his older brother Mason, and the girl who refuses to stop looking for her missing friend. In Deep Water, I’ve finally managed to tell their story in a way I wasn’t capable of thirteen years ago, and if you decide to pick it up, I really hope you enjoy it.

As a way to support local writers who had their Readings events cancelled, we’re offering a 10% discount on each of the books that were due to be featured on our events calendar this week. This week all four of the YA books listed in this post are included!

This offer will last until midnight Sunday 29 March. Use the code SUPPORTWRITERS during checkout and keep an eye out on our social media every Monday for each week’s set of books. 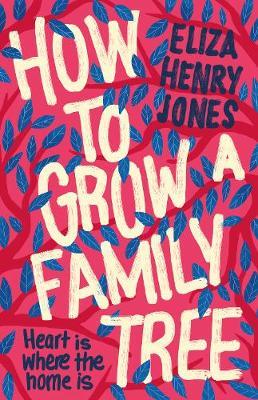