Chris Somerville talks about some of his music highlights in the television drama, Breaking Bad.

Currently I’m trying to catch up on Breaking Bad before the season ends and everyone talks about it on social media. I realise, of course, that this is entirely my own fault, and that I’ve had ample time to catch up. Even so it irked me when recently a woman sitting next to me on a plane saw me watching the show on my laptop, identified the episode from the start of season four, listened to me explain the above and then told me how that season ended.

I’m now just two episodes behind the rest of the world and so, in the spirit of talking about Breaking Bad on social media, here’s some memorable musical moments from the show’s history.

So we may as well start off with something from the early days. Maybe because its taken me a long time to watch, but each time a character mentions its been a year since Walt’s been diagnosed with cancer, it feels a bit unreal, since we’ve moved so fast. But I guess, in the show’s defence, a lot has happened and the way we look at these characters is through their actions.

At the beginning of the series we’ve quickly sifted through every sad aspect of Walter White’s life, but now he’s in a camper van out in the desert, the sun is shining, and he’s showing one of his former students, Jesse Pinkman, how to cook methamphetamine. In a way this song is almost the perfect fit for the show: at first it could easily be referred to as a ‘jaunt’, but it does, by song’s end, reveal it’s own dark, anxious heart.

The Be Good Tanyas - ‘Waiting ’Round To Die’

It’s maybe a bit too on the nose in terms of lyrical content, since it’s both about death and drugs, though in the song’s case it’s codeine, but still as we follow Walt to his chemotherapy, we get this song. It’s a nice addition that I’m mostly throwing in here because Townes Van Zandt’s original is one of the greatest songs ever written, and this cover is much softer, but still retaining enough despair for it to feel like country music.

The clip below is the actual scene from the show – a lot of them get removed, and maybe this one will too in time – so it needs little comment, but it does have Jesse trying to process the act of killing, while also doing a pretty good job of making go-karting look depressing. It’s great though slightly NSFW (not safe for work).

The Peddlers – ‘On A Clear Day You Can See Forever’

Breaking Bad also features a stack of music set to montages of people making drugs. This one pops up in season five as a brief reprieve from watching Walter’s downward slide. We get this song along with some incredibly beautiful images of meth being cooked and looking like a ballet comprised of undersea creatures.

Towards the end of season five’s first half we’ve watched Walt become one of the worst human beings imaginable. He’s poisoned a kid, manipulated everyone, kissed on his wife in a way that’s about as seductive as a monkey sucking moisture from rock moss, and started wearing a black hat, which usually means he’s a moment away from murdering someone.

The following scene, again not yet removed from YouTube, we see Walt return home with a new car, underwhelm his son, and then go and buy his son a new car too, which they then rev in their driveway. Everything about this scene is actually insane, from the camera yo-yoing sideways, to Walter’s face mostly obscured by wraparound sunglasses, to the song, which is mind-numblingly awful. I’m hoping for an upswing.

Chris Somerville’s first book, We Are Not The Same Anymore, was published earlier this year. He can be found at www.chrissomerville.com or on Twitter @chrisomerville. 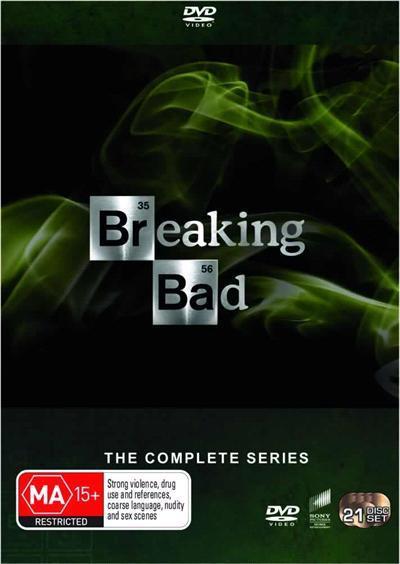