Working with books is wonderful, for all the obvious reasons, but it’s our most common complaint that there is never enough time to read everything we would like – including the ones we quickly insist friends, family and acquaintances should be reading. So, I look forward to beginning my summer reading with a small collection of celebrated and recommended fiction titles from 2013 that I didn’t manage to get to, but kept impatiently stacked in the ‘to read’ pile.

Tenth of December by George Saunders

I haven’t encountered anyone who has read this collection of stories and not gushed over George Saunders' unequivocal ability to match wry humour with something deeply and illuminatingly human. I am cheating a little with this one: I have read some of the stories included in the collection and I’m already entirely convinced, as are a legion of readers, that he deserves to be hailed as a master of the short story.

Tenth of December was included in our Best Fiction Books of 2013 list and Chris Somerville attests that, “almost no other writer working today is as good as capturing the flow of thought”.

The Flamethrowers by Rachel Kushner

Here is another book that many Readings’ staff have raved about, and as Readings’ staff have very good taste, I am really looking forward to it. Rachel Kushner’s second book (her first is Telex from Cuba) is a historical novel of sorts, that brings together 1970’s radicals, motorcycles, Italy and art.

The international literati were also very excited about this release. For just one taste of the praise, the New Yorker described The Flamethrowers as, “full of vibrantly different stories and histories, all of them particular, all of them brilliantly alive.”

A Man in Love, the second book in Karl Ove Knausgaard My Struggle series (following A Death in the Family), is a favourite of many staff here at Readings, and I’ve put it at the top of my pile.

Our reviewer, Will Heyward, described Karl Ove Knausgaard’s book as “a long, extravagant and ponderous roman-fleuve that expresses, more intensely and honestly than I would have thought possible, all the confusions and pleasures of being alive … the My Struggle series stands apart from almost anything I’ve ever read. Knausgaard has no limits.”

I absolutely adored Column McCann’s 2009 novel, Let the Great World Spin, so I eagerly anticipated the release of his second novel, TransAtlantic. Dublin born and now residing in New York, McCann’s fiction is poetic, emotional and electric, and he proved a master of connecting seemingly disconnected narratives across time and place. Here, McCann draws on stories surrounding transatlantic crossings, creating a plot that sweeps history and location; from the battlefields of the Civil War to the more recent narrative of a US senator, who criss-crosses the ocean in search of an elusive Irish peace.

From the reviews I scoured at the time of its release, TransAtlantic promises to be just as stylistically precise and engrossing as his first novel.

This is the eighth title included in Giramondo’s Shorts project, and it presents as a lovely object, as the rest of the series does, too.

A collection of stories and monologues, Luke Carman’s fiction is set in Western Sydney, a place largely absent from Australian literature, so I’m anticipating the new perspective. The young protagonist lives in Liverpool, as does Carman, and “navigates his way through the complications of his divorced family, and an often perilous social world, with its Fobs, Lebbos, Greek, Serbs, Grubby Boys and scumbag Aussies.” I’ve heard impressive things about this particular collection – the bite of Carman’s prose, and his intense examination of contemporary race relations. 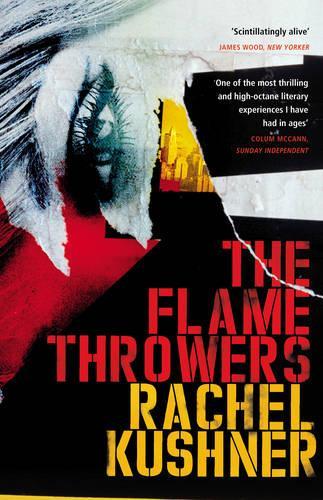