Five authors to read while you wait for the new Ferrante

The English translation of Elena Ferrante’s new novel, The Lying Life of Adults, is set to hit Australian bookshelves in June of this year! Here are five authors for Ferrante fans to read while they wait.

We are in the midst of a Natalia Ginzburg revival of sorts, with a number of her works having been translated for English readers over the past couple of years, and even more on the horizon. Literary luminaries Rachel Cusk, Zadie Smith and Maggie Nelson are just a few of her fans, and reading her work it is immediately apparent why. Ginzburg has a devastatingly light touch as she explores painful themes, including the Facist years and WWII, and their aftermath. Similar to Ferrante, she sheds insight on a revelatory moment of Italian history.

Throughout her long career, Yūko Tsushima was awarded a number of Japan’s top literary prizes, including the Izumi Kyōka Prize for Literature, the Noma Literary New Face Prize, the Noma Literary Prize, the Yomiuri Prize and the Tanizaki Prize. Her work is notable for its depictions of lone women, usually abandoned, and their struggles to lead their own lives within a patriarchal society; Tsushima often drew on her own experiences as a single mother in writing these stories. One of her most famous early works, Territory of Light, was recently translated for English readers and has drawn deserving comparisons with Ferrante’s The Days of Abandonment.

A self-described ‘black, lesbian, mother, warrior, poet’, Audre Lorde was both a writer and a civil rights activist. Her words simmer with rage and tenderness, and their emotional intensity brings to mind the work of Ferrante. She wrote poetry and essays, and her genre-blurring memoir Zami, broke new ground for literature when it was first released in 1982. Lorde described her blending of history, biography, and myth as ‘biomythography’, and much of the book is spent describing women other than the narrator.

One of Denmark’s most highly regarded writers, Tove Ditlevsen was born in a working-class neighbourhood of Copenhagen and died by suicide in 1976. An English translation of her celebrated autofiction trilogy was made available to readers last year and it’s an eloquent introduction to the author’s life and work. The books cover similar themes to Ferrante’s Neapolitan Novels including class, friendship, ambition, and more. The Copenhagan Trilogy is a thought-provoking exploration of what it means to make art in this world.

Janet Frame is a fiercely admired figure in her own country of New Zealand and abroad. One of ten artists named as Arts Foundation of New Zealand Icon Artists in 2003, she received numerous literary honours throughout her career, as well as posthumously. Like many of the other authors on this list, Frame took inspiration from her own life in her creative practice. In an amazing piece of timing, her creative work also made a critical impact on Frame’s own life – an experience that she detailed in her three memoirs. Now available in a single book, these memoirs are a must-read for everyone, not just Ferrante fans. 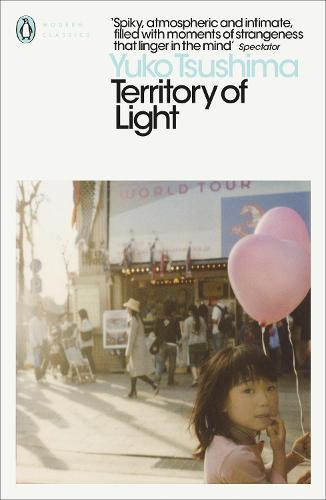 An extraordinary collection of 11 essays by Natalia Ginzburg, one of the most important Italian writers of the twentienth century. Originally published in the 1960s, Ginzburg's wisdom and poetically resonant style ensure these...

Voices in the Evening

An elegant, spare novel reminiscent of Chekhov, Voices in the Evening is an unforgettable story about first love and lost chances, from one of the greatest Italian writers of the twentieth century.

The Copenhagen Trilogy by Tove Ditlevsen

The astonishing second volume in Ditlevsen's celebrated autobiographical trilogy - a major publication for Penguin Classics in 2019.

The searing final volume in Ditlevsen's celebrated autobiographical trilogy - a major publication for Penguin Classics in 2019.

Zami: A New Spelling of my Name

In a new literary form this book blends together history, biography and myth, telling a story that stretches from the Harlem of the author's girlhood in the 1930s, to the Greenwich Village of the '50s and offering insights into...

A Burst of Light: and Other Essays

Moving, incisive, and enduringly relevant writings by the African-American poet and feminist include her thoughts on the radical implications of self-care and living with cancer as well as essays on racism, lesbian culture, and...

Filled with rage and tenderness, Audre Lorde's most acclaimed poetry collection speaks of mothers and children, female strength and vulnerability, renewal and revenge, goddesses and warriors, ancient magic and contemporary...

The Daylight And The Dust: Selected Short Stories By Janet Frame

Written over four decades and including all of her best stories, this new selection illustrates Janet Frame's dazzling versatility. Her themes range from childhood, to old age, death and beyond. Some stories are firmly rooted in...

Owls Do Cry is one of the classics of New Zealand literature, and has remained in print continuously for fifty years. A fiftieth anniversary edition was published in 2007. Regarded by many as one of the best New Zealand...

My Brilliant Friend is a ravishing, wonderfully written novel about a friendship that lasts a lifetime.  The story of Elena and Lila begins in a poor but vibrant neighbourhood on the outskirts of Naples. The two...

The Story of a New Name

The sequel to My Brilliant Friend, The Story of a New Name continues the enthralling chronicle of a friendship that is obsessive, loving, complicated, hurtful, enduring and constantly startling. It is an...

Since the publication of the acclaimed My Brilliant Friend and The Story of A New Name, Elena Ferrante's reputation has grown enormously. Her novels about the friendship between Lila and Elena, about the...