We always get a thrill seeing our favourite books of the previous year released in new formats down the track. Here are a sample of some terrific reads now available in smaller, large-pocket-friendly editions – and you can find more picks from this year by browsing the collection below.

Fleishman Is in Trouble by Taffy Brodesser-Akner

Toby Fleishman thought he knew what to expect when he and his wife separated: weekends and every other holiday with the kids, some residual bitterness, the occasional moment of tension in their co-parenting negotiations. But then Rachel drops their two children off at his place and vanishes. As Toby tries to figure out where she went, his tidy narrative of the spurned husband with the too-ambitious wife is his sole consolation. But is that really what happened here? Fleishman Is in Trouble is a blistering satirical novel about marriage, divorce and modern relationships.

May is at a crossroads. Although her career as a gardener for the university is flourishing, the rest of her life has narrowed to a parched routine. Her father is elderly, her brother estranged, and she keeps her neighbours at arm’s length. The missing element, she realises, might be friendship. As May sets off on a journey to visit four neglected friends one-by-one, she holds herself (and them) to humorously high standards, while at home she begins to confront the pain of her past and imagine for herself a different kind of future.

In the near future, a cataclysmic storm has sent floodwaters through Melbourne. Isobel, Shaun, and their toddler Matilda have sought refuge in a stadium where help is promised; instead, matters quickly deteriorate. Moving between two timelines, The Glad Shout is at once a pacey disaster thriller and a powerful examination of motherhood. This novel was named the winner of our 2019 Readings Prize for New Australian Fiction and comes with our highest recommendation.

The Mothers by Brit Bennett

A pregnancy that results from a teen romance between rebellious, grief-stricken Nadia and former football star Luke has a lingering impact in this lyrical debut. As Nadia hides the truth from everyone, including Aubrey, her God-fearing best friend, the years move quickly. Soon, Nadia, Luke and Aubrey are full-fledged adults – still living in debt to the choices they made that one seaside summer, caught in a love triangle they must carefully manoeuvre and dogged by the constant, nagging question: what if they had chosen differently?

City of Girls by Elizabeth Gilbert

New York, 1940. Young, glamorous and inseparable, Vivian and Celia are chasing trouble from one end of the city to the other. But there is risk in all this play - that’s what makes it so fun, and so dangerous. Sometimes, the world may feel like it’s ending, but for Vivian and Celia, life is just beginning. City of Girls is a celebration of glamour, resilience, growing up, and the joys of female friendship - and about the freedom that comes from finding a place you truly belong.

Six years ago, Evie Cormac was discovered, filthy and half-starved, hiding in a secret room in the aftermath of a shocking crime. Now approaching adulthood, Evie is damaged, self-destructive and has never revealed her true identity. Forensic psychologist Cyrus Haven, a man haunted by his own past, is investigating the death of champion figure-skater Jodie Sheehan. When Cyrus is called upon to assess Evie, she threatens to disrupt the case and destroy his ordered life. Because Evie has a unique and dangerous gift – she knows when someone is lying. And nobody is telling the truth. An utterly unnerving psychological thriller from the legendary Robotham.

A Superior Spectre by Angela Meyer

Jeff is dying. Haunted by memories and grappling with shame, he runs away to remote Scotland with a piece of experimental tech that allows him to enter the mind of someone in the past. In the late 1860s, Leonora lives a contented life in the Scottish Highlands. Contemplating her future and the social conventions that bind her, a secret romantic friendship with the local laird is interrupted when her father sends her to stay with her aunt in Edinburgh. These two storylines are entwined to devastating effect in this haunting and genre-crossing novel from Meyer.

Queenie’s life is not going to plan: a ‘boyfriend’ who’s asked for ‘a break’, a boss who doesn’t seem to see her, and a family who don’t seem to listen (if it’s not Jesus or water rates, they’re not interested). Queenie is just trying to fit in two worlds that don’t really understand her. And when her mental health takes this turn for the worse, she’s forced to move back in with her parents. The award-winning debut novel sparkles with fresh wit and introduces readers to a simply unforgettable heroine.

The Nickel Boys by Colson Whitehead

When Elwood Curtis arrives at The Nickel Academy, which claims to provide ‘physical, intellectual and moral training’ which will equip its inmates to become ‘honourable and honest men’, he is horrified to find the true nature of the school is cruel and vicious. Based on the history of a real reform school in Florida that operated for 111 years and destroyed the lives of thousands of children, this devastating novel earned author Colson Whitehead his second Pulitzer Prize for Fiction earlier this year.

One August afternoon, on the shoreline of the Kamchatka peninsula at the northeastern edge of Russia, two girls – sisters, eight and eleven – go missing. In the ensuing weeks, then months, the police investigation turns up nothing. Echoes of the disappearance reverberate across a tightly woven community, with the fear and loss felt most deeply among its women. In a story as propulsive as it is emotionally engaging, this powerful novel brings us to a new understanding of the intricate bonds of family and community, in a Russia unlike any we have seen before. 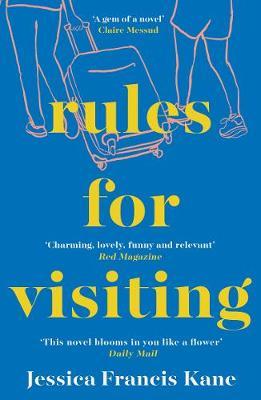