Drusilla Modjeska talks to Geordie Williamson about The Mountain

Drusilla Modjeska (author of Poppy, The Orchard and the award-winning Stravinsky’s Lunch) chats to Geordie Williamson about her first foray into fiction, The Mountain.

In 1929, French writer and poet Andre Breton produced a map of the world, one that bore scant resemblance to Mercator’s projections. What Breton’s deeply subjective cartography registered instead was his fellow surrealists’ passions and prejudices. Accordingly, America was a speck, Russia and China loomed large, and the Pacific Ocean dwarfed all other seas. Strangest and most startling, though, was the country that occupied the heart of this map: the Melanesian island nation of Papua New Guinea.

That this map should be reproduced part-way through Drusilla Modjeska’s unsettling and often gravely beautiful first novel, The Mountain, should alert us both to Modjeska’s broad and idiosyncratic learning (the fetishisation by the Surrealists of Oceania is just one of countless fascinating asides) and to the ways in which the author has, throughout her distinguished career as a memoirist and scholar, tried to read the Antipodean experience through a wider, more cosmopolitan lens than our society at large.

But there is a simpler reason for its presence. The Mountain is an engrossing and necessarily encyclopedic effort to give a central place to a country that is so often marginal to our collective attention. The novel’s achievement is to remind us that the peoples and places of Papua New Guinea, who seem so distant from us and who have for so long been subject to our domestic political agendas, have their own ways of being in the world – their own Weltanschauung, or what the locals would call ‘pathways’. In The Mountain Modjeska recreates societies with complex structures of knowledge and feeling, rich in indigenous wisdom. But she also describes a place grappling with drearily common postcolonial tensions: between clan and citizen, coast and highlands, tradition and modernity.

There are few as well-equipped as Modjeska to undertake this difficult task. From her 1979 thesis on Australian women writers to 1990’s Poppy, a quasi-fictional memoir of her mother, and on to the essays on painters Grace Cossington Smith and Stella Bowen that made up 2001’s Stravinsky’s Lunch, Modjeska has made a career out of testing the boundaries between history and theory, biography and the fictive. This new work may be labelled as fiction, yet it too emerges from lived experience.

For, as the author explained to me in a series of emails, she – like Rika, the Dutch heroine of The Mountain – arrived in Papua New Guinea in the years before independence from Australia as the wife of an anthropologist. It was an early experience that goes some way to explaining the fidelity the novel shows to people and landscape in PNG; to its eye for the minutiae of daily life during the pre and post-independence era; and to its subtle appreciation of how Western notions of what is sensible or right might be enlarged by the otherness it encounters.

The Mountain, then, is a bildungsroman in the Western sense – the description of the passage from innocence into knowledge – but one whose drama emerges from a clash of often incommensurate worldviews. Rika arrives in PNG as an innocent, idealistic young bride of an older, Welsh-born academic named Leonard. His ethnographic research takes him to the mountain of the title, a remote region of the highlands whose isolation makes it anthropologically fascinating. There he sets out to film a society unsullied by Western influence.

But, as is so often the case, the presence of the outsider changes things in unexpected ways. Rika has delayed her trip to join Leonard because she has met and fallen in love with Aaron, a handsome and brilliant young local academic who has recently returned from study overseas to teach in Port Moresby. Leonard’s response to their betrayal will tie all their lives to this special place in the decades to come. It is an intriguing back-story, and it lays the groundwork for a narrative of greater range and emotional power than would a strict non-fiction account. Yet Modjeska insists that the decision to turn to fiction was difficult and hard won. Several early drafts were thrown out and first person-perspective was abandoned in favour of an over the shoulder third-person narration:

‘Looking back, I think I was always a kind of novelist in hiding and I rather wish I’d learned the art of fiction after Poppy. I guess the reasons I didn’t are complex – to do with having one foot in the university system, probably psychological reasons going back to childhood when I’d get into trouble for my ‘stories’ (my mother called them my embroidery!) and also a deep vein of interest in history which also goes right back to early days of school.’

Just as tough to resolve was the question of relations between history and invented experience, since Modjeska’s academic background had in the past placed her on the other side of the divide. The challenge, she says, ‘was learning to trust the characters as the foundation of the novel and let the history speak through them’. It is a measure of her success that the huge amounts of information contained in The Mountain – from the early years of independence to Highland bark-cloth design, traditional land ownership and forest exploitation – are allowed to unfold through characters’ individual experience rather than editorials embedded in the text.

The question all of this information raises is more personal: to what degree has the author’s life informed The Mountain? While Modjeska is at pains to explain that the novel is not autobiographical, she readily admits how deeply it has been informed by her time in Papua New Guinea (she did go into the field with her then husband, and completed a year at university in Port Moresby before moving to Australia in the early 1970s), by her return trips, and by her wide reading of history, poetry, fiction and anthropology by locals and outsiders. More recently, Modjeska’s efforts to establish small-scale education and arts-based projects in two villages has renewed her ties to PNG:

‘I like Hilary Mantel’s phrase “informed imagination” and that’s how I think of it, and what I hope I have come some way towards achieving. So yes, the “history”, the background against which the lives and loves of the characters take shape is ‘informed’ and I hope will be recognisable to others who have lived through those extraordinary years, but it is as much an exercise in “imagination"… For instance, while Rika and Aaron are fully imagined characters, the conflicting pressures on them – political, emotional, cultural – are informed by what I have seen, and known (in others) and read.’

When I make tentative mention of one of the few Australian novels of Papua New Guinea that I know of, Randolph Stow’s Visitants, Modjeska’s response is enthusiastic – it is ‘the great PNG novel by an Australian. A fine, fine novel, which does something no one else from the outside has done ‘ – but she then goes on speak of the achievements of local writers, such as Russell Soaba and Vincent Eri, in terms so warm and familiar that I am ashamed to have never heard of them. Nor have I heard of anthropologists like Marilyn Strathern, who Modjeska admires for her critiques of those who would apply Western notions of subjectivity – of the self and its constructions – to non-Western subjects.

Modjeska’s acknowledgement of these local voices and these criticisms might lead some to wonder at the rightness of an outsider presuming to narrate the experience of a world so removed from the author’s own. But The Mountain’s success – its nuanced description of the confusions and ambiguities that attend characters who are neither black nor white, neither wholly of the traditional past or the globalised present – mitigates against these political complaints.

For all the difference the novel describes, its substance recalls those old Enlightenment principles espoused by Rika’s forbears: Europeans who, in the great Polish journalist Ryszard Kapuscinski’s words, ‘tried to build bridges of understanding with Others’. ‘Referring to these efforts, and carrying on with them,’ concluded the Pole, ‘is not just an ethical duty but also an urgent task for a time in a world where everything is so fragile and where there is so much demagogy, distortion, fanaticism and bad will.’

Geordie Williamson is chief literary critic of the Australian. 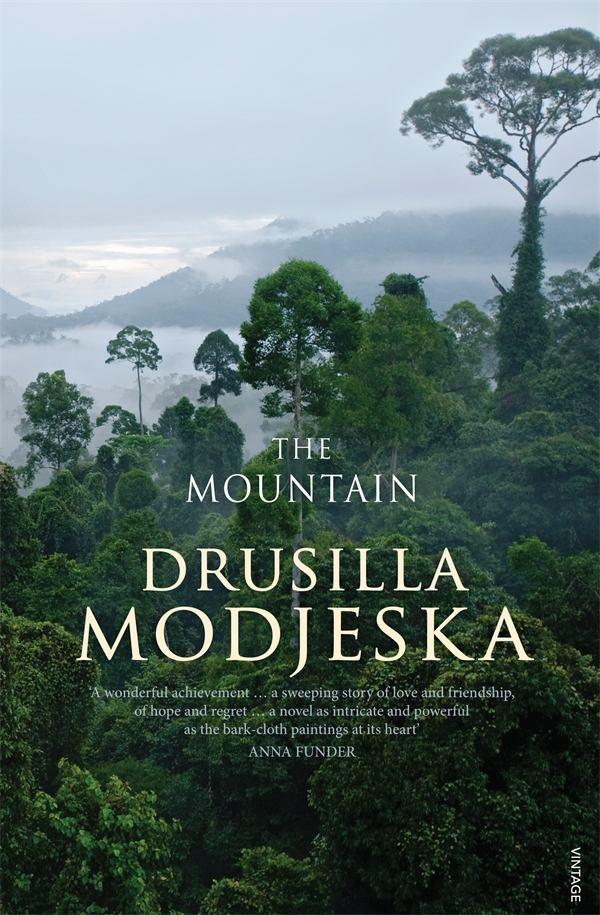 'In The Orchard [Modjeska] further develops her distinctive style, weaving fact with fiction, the essay with a flowing fictional narrative, and stories within stories... Modjeska is accessible and entertaining, a good...