Amy Espeseth chats with Deborah Robertson about her debut novel, Sufficient Grace, a haunting tale of faith and violence in a closed-off, deeply religious world.

From the moment the terrorist attacks on New York’s World Trade Center set the climate for the new century, the West has been analysing Islamic fundamentalism. But what do we really know of fundamentalist Christian faiths? How well do we understand their moral orders, and their dictates on the hearts and minds of followers?

In her entrancing debut novel, Sufficient Grace, winner of the 2009 Victorian Premier’s Literary Award for an unpublished manuscript, Amy Espeseth takes us into a community of Pentecostal fundamentalists and tells a mighty tale of sin and retribution, intimately examining the lives of people whose religion is a warm yet claustrophobic embrace.

Set in rural Failing, Wisconsin, the novel is narrated by thirteen-year-old Ruth: ‘Daddy says you can tell a lot about a man’s heart from the way he kills a deer. First off, a body don’t shoot if he ain’t willing to take it all the way. A guy takes a bad shot and wounds something good, he best get himself ready for some long trails tracking.’

Sufficient Grace is not a novel built from research or flights of fancy, but one that is deeply embedded in its author’s own experience. Of Norwegian descent, Amy Espeseth was born into a fundamentalist Pentecostal family in Barron, Wisconsin, in 1974. She has lived in Australia for the past 16 years, but given her novel’s keen sense of authenticity and rootedness, it was inevitable when we met that I ask her about autobiographical influences.

‘For as much as I notice the small little details of the world,’ says Espeseth, ‘I tend to be pretty blind and ignorant about the details in my writing, and I would never have thought that I was writing about my childhood until it was pointed out to me that Ruth is very similar in nature and background and appearance and a lot of other things to me, so probably it was the closest I could get to writing in my own voice without writing a memoir.’

Ruth’s voice – a seductive mix of the folksy and poetic, scriptural and earthy – is one of the many pleasures of the novel: ‘Ruth talks the way that folks in Wisconsin talked in the 70s and 80s, earlier than that,’ says Espeseth. ‘She has a very raw, [slightly] uneducated voice … she hasn’t read much outside of scripture and there are certainly people within fundamentalist religious families where that would be their experience [for] their whole lives – they’re scholars, in a way, of scripture and hymn, but have little contact with the outside world as far as literature and music go. I think Ruth talks the way that I imagine I would have spoken if my mother and her mother and her mother before her hadn’t been elementary school teachers.’

Ruth’s life is one of marked dualities. Her world is divided into light and dark, good and evil, order and chaos, sin and absolution; it is this great tension between absolutes that both powers the drama of the novel and offers readers a visceral experience of felt life within such a faith.

‘I put my heart inside the animals,’ Ruth tells us, ‘and even inside the ground. When the world presses too hard, I don’t press back; I fly apart. By the Holy Spirit, I move beneath their outsides and push within them … My people don’t know about my travelling, my minutes and hours inside the dirt and clouds. It is my sign and wonder alone. Even Grandma and Mom and Naomi don’t know. If they knew, it may not be called holy.’

I ask Espeseth if she felt that Ruth’s religion subjected her to psychic pressures: ‘Sometimes Ruth’s hesitation about any of her coping mechanisms reflects the worry that a lot of fundamentalist children grow up with. When you’re constantly dividing what is right and true, and what is of the world, or of Satan, oftentimes you get confused about what is acceptable and what isn’t, and Ruth’s way of slipping into the world of animals is definitely a pagan idea. Obviously it’s a coping strategy for the pressure she’s under and what she endures, but she would be always interrogating her heart to see that what she does is truly right.’

Within her small extended family, Ruth is also anguished by a frightening secret. This may go against her faith, ‘but now and then a body needs to keep its own secret space, maybe running down the middle of the soul like a candlewick’. While Ruth’s knowledge grows in darkness, threatening to break her world apart, she has the natural world to escape to – a strength that also runs through her soul – and one that provides the novel with its slow-pulsing beauty.

Sufficient Grace is a story of snow and ice, coyote and deer, the peeling black and white bark of birch trees, the bleeding sap that feeds the tiny ant. Ruth’s view of nature is not a romantic one. Espeseth doesn’t write the natural world as a lyrical backdrop to human life: her two worlds are interdependent, not only in material ways – the seasons determining the movements of her characters, the satisfaction of needs – but in matters of the spirit too.

‘People on the land live close to the beginnings and ending of life,’ Ruth tell us. ‘Death ain’t a scary thing that creeps in now and again in the night, slipping away with a surprised somebody and leaving shocked folks behind in the light of morning. We are people that raise, hunt and butcher; meat don’t come wrapped up nice. Well, it does, but you got to peel off the feathers or fur and fat to get down to the bone. Meat is wrapped just like my soul: sometimes there’s got to be a bit of blood shed before you get down to it.’

Along with her clear-eyed rendering of the natural world, one of Espeseth’s distinctive talents as a writer is the musical quality of her prose, its rhythms sometimes driving and insistent, sometimes incantatory, often song-like. I ask her whether she thought her religious upbringing had influenced her prose style.

‘There’s a rhythm in me,’ she replies, ‘and I think that old scriptures, whether they be Judeo-Christian or other traditions, are based on this same rhythm that we find comforting – whether it’s the rocking within our mother’s womb or the heartbeat or the sound of the trees maybe. I think these are innate, natural rhythms. So my childhood immersion into these old hymns and songs, as well as memorisation of tons of scripture, alters the way you speak, just as our accents are altered by how the people around us speak. Growing up in a tradition where people spoke oftentimes in an old-fashioned way, in prayer or in prophecy, it affects the way that you speak, it leaves its little fingerprints everywhere.’

There’s always something special about a first novel. No matter its subject or style, it’s always a time when a writer draws together the threads of the life they’ve lived, and speaks back to the powerful homogenising forces in society that would have us all look and think and feel alike. And a first novel such as this one, which generously opens a hidden world, a way of life, to our scrutiny, is a fascinating contribution to our understanding of the many different ways in which people strive to make meaning of their time on earth.

‘I hope that I’ve convinced you by the end,’ says Espeseth. ‘Because empathy to me is the project of writers. If I can convince you by the end of the book that a horrific decision is the correct one, I feel as if I’ve completed my task.’

The winner of this year’s CAL/Scribe Fiction Prize, Amy Espeseth’s second novel, Trouble Telling the Weather, is scheduled for publication next year. This is a first novel to celebrate; a gifted new writer is among us. 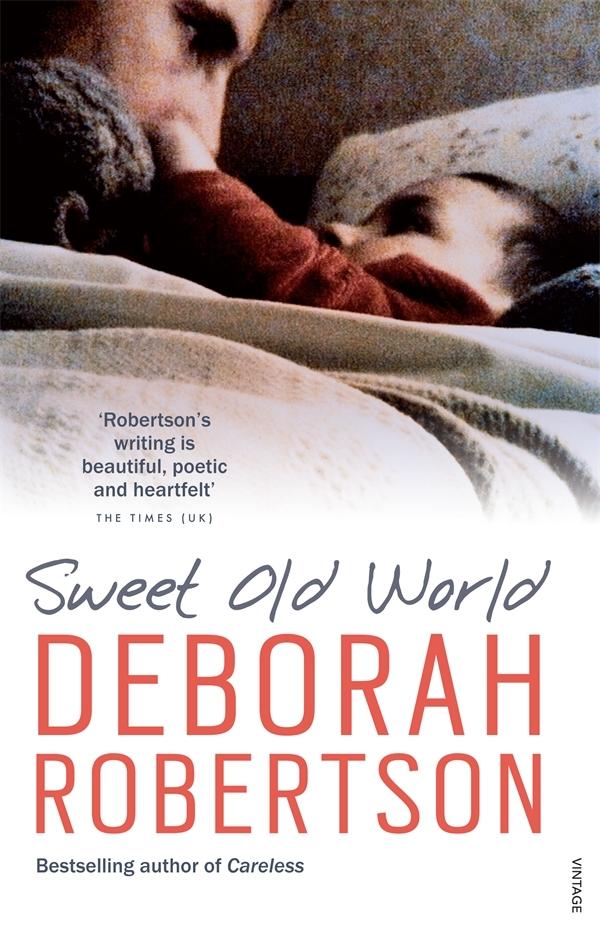 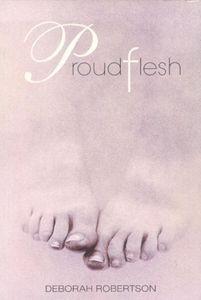