I’m writing this in mid-May, and you’re probably reading this in June some time, and I’ve just spent my day today with my head in August, buying new releases from that month, such as Julia Busuttil Nishimura’s new cookbook, Around the Table; Eddie Betts’s anticipated memoir, The Boy from Boomerang Crescent; and Norman Swan’s next essential compendium of health advice, So You Want to Live Younger Longer? (Not to mention I’m fielding the seemingly impossible-to-contemplate question of how many copies of Cormac McCarthy’s two new books we might require for the Christmas gifting season – The Passenger is coming in November, and its companion novel, Stella Maris, follows in December. Yes, I can see the end of 2022 already, folks). But before we get to all of that of course, there are the new releases from June to read our way through, so here’s a round-up of the first of winter’s books.

Horse is the major new historical novel from Pulitzer Prize-winning Australian writer Geraldine Brooks, her first since The Secret Chord in 2015. It is not due in stores until mid- month, but it’s going to be so big, we just had to make it our Book of the Month anyway. So sit tight, and look out for it on June 15. Our reviewer uses all the superlatives you would expect to accompany a description of this wonderful writer’s work: brilliant, astonishing, beautiful, engaging. Don’t miss this (and it’s going to be a handsome hardback, too!). Earlier in the month, you’ll be occupied with a bunch of other Australian releases that our reviewers recommend very highly, including impressive debuts from Scott McCulloch (Basin), Zaheda Ghani (Pomegranate and Fig) and Denise Picton (The Family String), and the second novel from Edwina Preston, Bad Art Mother, a fascinating portrait of the creative life. In poetry, our reviewer recommends the new collection from Lionel Fogarty, Harvest Lingo. This year’s Australian/Vogel’s Literary Award was awarded to Nell Pierce’s manuscript, ‘_A Place Near Eden_’, and the final product is in stores now. Speaking of prize winners, we’ve put together a handy guide to the six shortlistees for the 2022 Women’s Prize. I almost got a clean sweep guessing the shortlist from the longlist … I wonder if I can predict the winner this year!

I am so pleased that the alliance of booksellers who banded together in 2021 to bring the Melbourne City Reads initiative to life has reconvened to continue the venture this year. Our first book is Paul Dalla Rosa’s debut collection of short stories, An Exciting and Vivid Inner Life. Some of its stories have already been published in prestigious international periodicals, but they are very, very Melbourne and it’s a great book to restart your Melbourne City Read-ing heart. We have assembled a terrific program of books, with one highlighted each month until November, so stay tuned!

Many of our staff’s favourite international authors have new work this month, including Elif Batuman, Benjamin Myers, Lisa Taddeo and Akwaeke Emezi. You may have already heard the name, Leila Mottley, because her debut, Nightcrawling, appeared on numerous ‘most anticipated’ lists for 2022. This young writer started working on Nightcrawling when she was 17, and the book’s strong voice and clear vision shows she is a talent to watch. Our Crime Book of the Month is The Woman in the Library, also written by a staff-favourite author, Sulari Gentill. It’s a standalone mystery that our reviewer calls ‘truly original’, and it joins other notable crime releases from Sue Williams, Tara Moss, Adrian McKinty, and newcomer Hayley Scrivenor. The talent incubator that is the Sweatshop collective from Western Sydney brings us two wonderful anthologies this month: the follow-up to 2020’s hit collection, After Australia, called Another Australia; and Blacklight, which showcases 48 new works from First Nations storytellers.

Our Nonfiction pick for June is Eat Weeds, a book about foraging that should expand your mind and your attitude to the greenery that surrounds us. It’s beautifully illustrated, and includes lots of recipes too. It’s such a lovely and useful book! Our reviewers also point you to memoirs from Judy Cotton and Emiliano Monge, and Jhumpa Lahiri’s collection of essays, Translating Myself and Others. I don’t want to reveal to you exactly how much in-house discussion took place over Jarvis Cocker’s upcoming memoir, Good Pop, Bad Pop, but suffice it to say, I was led to dig out my own box of junk – I mean life memorabilia – to locate a ticket from Pulp’s appearance at the V96 Festival (yes that stands for 1996) and associated blurry photos taken on film from very close to the front. I wonder if Jarvis found his purple shirt from that performance in his loft; I’m looking forward to reading the book to find out. Also out this month is a new book of essays from Yassmin Abdel-Magied, new work from Thomas Piketty (A Brief History of Equality) and another instalment in Yale University Press’ Little History series, A Little History of Art by Charlotte Mullins. Anyone who has ever engaged in the team sport of debating, Madam Chair, will immediately understand the gist of Bo Seo’s Good Arguments, in which the author takes the affirmative case for that pastime’s skills of deep listening and civil disagreement.

And finally, dear reader, I’d like to join Mark and all our staff in congratulating our two colleagues who have been shortlisted for the Australian Bookseller’s Association Bookseller of the Year Awards. Desi Boardman and Angela Crocombe are two mighty women, and are so deserving of this acknowledgement of their excellence. Hurrah! Speaking of staff achievements, to my shame, I neglected in my last column to offer my happy book birthday wishes to the excellent Fiona Hardy, bookseller extraordinaire and voice of the Readings Monthly’s Dead Write column, whose third middle fiction novel, How to Tackle Your Dreams, was published to much acclaim in May. Yay, Fiona!

Alison Huber is the head book buyer for Readings. 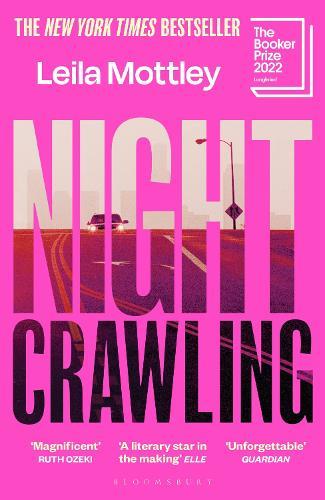