A few of us at Readings have just returned from the first in-person Australian Booksellers Association (ABA) conference since 2019. It was held in Sydney, after two years online – such a treat to travel out of the state! – and it was a great opportunity to catch up with booksellers and publishers from around the country. Our own children’s specialist and Readings Kids shop manager, Dani Solomon, was a brilliant contributor to a session called ‘De-centering whiteness and traditional forms of storytelling’ (and may I say she received the most genuine spontaneous applause after a particularly rousing statement about the privilege and pleasure of bookselling), and our events manager Chris Gordon was the most perfect MC you could imagine, bringing her trademark warmth and wit to the whole event.

The environmental impact of our industry is front of mind for many of us, and the ABA has commissioned a report to contribute to the debate and incite action. It is being prepared by the multi-talented Angela Meyer, and she had the opportunity to present her interim findings early in the conference, which set the tone for a range of conversations across the event. (Incidentally, Angela’s second novel, Moon Sugar, is out in October.) The opening keynote speaker, academic and writer Amy Thunig, has a debut memoir called Tell Me Again on the way, and her reading of a chapter had us all enthralled. We saw presentations from well-known writers with forthcoming books, including Anna Funder (who read to us from her new book Wifedom for the first time, which was very exciting), Sophie Cunningham, Don Watson, Inga Simpson (who I discovered reads this column – hi, Inga!), Stephanie Bishop and Holly Ringland. The assembly was also introduced to debut writers whose names you will come to know, and treated to an address from 2022 Australian Children’s Laureate Gabrielle Wang. And would you believe our dinner was cooked by Karen Martini, using recipes from her forthcoming cookbook? (Cook is not even available in stores until August.) Well, it’s true, and it felt like we were living in a dream, given all the antisocial times we have experienced over the last couple of years. In short, the conference confirmed that bookselling in Australia is alive and well, and continues to be the calling of a remarkable group of smart, resilient, and entertaining people. Hurrah!

And now on to the task at hand, the regular round-up of this month’s releases (which I apologise might be a bit rough and ready – my editor thought it an unrealistic aspiration to produce this in the conference hotel room, and it turns out she was (as she so often is) correct. So here we go from home, and a little too close to deadline for anyone’s liking.) Our Fiction Book of the Month is Chris Womersley’s The Diplomat, which gets an amazing endorsement from our reviewer, who has been completely won over by the book’s atmosphere and prose. It’s a companion to Womersley’s 2013 novel, Cairo, but you needn’t have read that book to get into this one (though you can – we have plenty of stock!). Remember when I said we saw several debut authors present at the ABA conference? Well, Pirooz Jafari and Alex Sarkis were two of them, and their books are out this month. Our reviewers also point you to debuts from Yvonne Weldon, James McKenzie Watson and Katerina Gibson, as well as Sarah Schmidt’s second novel (she presented at the conference too!). Anticipated new works from Claire G. Coleman, Paul Daley, and Luke Carman are also on the way this month, and our reviewers recommend to you poetry collections from Rae White and Zheng Xiaoqiong. Our Crime Book of the Month is Stone Town by Margaret Hickey, which sounds like another terrifying trip to rural Australia, and joins notable releases from Michael Robotham, Anna Snoekstra and Gerwin van der Werf.

There will be many, many readers who have been waiting for Ottessa Moshfegh’s next book, though they will have no idea what exactly they are waiting for, since Moshfegh’s books are all unique. Pleasingly, Lapvona is really going to blow readers’ minds. Our reviewer has done a great job conveying the weirdness of this bonkers creation. I absolutely loved it. We also have reviews for new books by Liza Klaussmann, Hans Fallada, Selby Wynn Schwartz, and Gabrielle Zevin. Werner Herzog has written a novel that only he could. The Twilight World follows the true story of Lieutenant Hiroo Onoda, who stood guard at his post in the absence of any further instructions for 29 years: this is surely one of the strangest stories of the Second World War. By the time you’re reading this, we should also have our stock of two prize-winning titles, which very few people will have read in Australia yet (if you’d like to talk about the minutiae of book distribution, you know where to find me). Tomb of Sand written by Geetanjali Shree and translated by Daisy Rockwell won the International Booker Prize. It’s the first Indian-language novel to win the prize, and the first novel written in Hindi to be nominated. Meanwhile, Joshua Cohen’s The Netanyahus won the 2022 Pulitzer Prize for Fiction (its subtitle is An Account of a Minor and Ultimately Even Negligible Episode in the History of a Very Famous Family, so you know you are in for some high literary satire here).

Carmel Bird is a prolific and acclaimed writer, with 11 novels and eight short-story collections in her publication record. This month, she publishes a memoir, Telltale, our Nonfiction Book of the Month. It’s a real booklover’s book, which centres on the physicality of the medium, and the sublime act that is reading, particularly as she experienced it during the Covid lockdowns of the last two years. I particularly love Bruce Pascoe’s description of this work: ‘A book about books that dreams you through a library of life’. What a gorgeously evocative sentiment.

The Readings community has embraced the return of Melbourne City Reads, which is wonderful to see. This month’s pick is Raised by Wolves, which is a very Melbourne story of restaurant culture from the point of view of Jess Ho, a hospitality insider and critic, who our reviewer describes as having a ‘biting wit and [precisely calibrated] BS-meter’. I love the sound of that. Our reviewers also point you to memoirs by Louise Omer and C.J. Hauser, and the critical works, big beautiful female theory by Eloise Grills and Words Are Eagles by Gregory Day. Check out cookbooks Chinese-ish by Rosheen Kaul and Joanna Hu and Mezcla by Ixta Belfrage. There’s just so much great stuff out this month: the next in Bob Stanley’s histories of popular music, Let’s Do It: The Birth of Pop; a glorious pictorial account of the cinema of Sofia Coppola; a new edition of Henry Reynolds’ essential Forgotten War; an essay collection in honour of the late historian, Stuart Macintyre, The Work of History; two additions to Monash University Press’ In the National Interest series from Inala Cooper and Michael Mintrom; a Korean bestselling memoir / self-help book called I Want to Die but I Want to Eat Tteokbokki; and a reissue of Angela Davis’ memoir, first published in 1974 and edited by the one and only Toni Morrison.

And finally, dear Reader, Diana Reid swept the industry awards this year, winning the Australian Book Industry Award (ABIA) for Literary Fiction Book of the Year AND the overall Book of the Year (these awards are voted on by the publishing industry panel) as well as the Australian Booksellers Association Fiction Book of the Year Award (voted by the ABA’s booksellers). That’s a huge endorsement from across the book industry, so if you haven’t caught up on this debut yet, you simply must! So, you can only imagine the excitement that was generated at the conference by surprise access to the hottest property in town: an advance copy of Diana’s second novel, Seeing Other People. This book is not on sale until October but it’s the next book I’m going to read.

Alison Huber is the head book buyer for Readings. 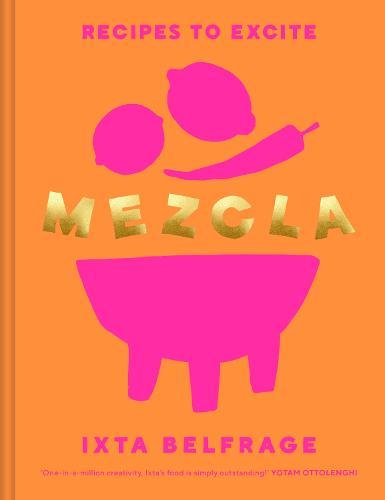