Cook your way through Rush Oh!

We’re thrilled to be hosting a free event with Shirley Barrett (filmmaker and now author) this Friday 4 September. Barrett will be in conversation with critic Rebecca Harkins-Cross. Find out more here.

Here, Barrett shares some recipes and housekeeping tips which are referenced in her debut novel, Rush Oh!.

One of the pleasures of writing domestic fiction in a historical setting is the opportunity it presents to waste hours of precious writing time poring over ancient recipe books. I am a keen home cook and avid MasterChef viewer. My kitchen cupboards groan with cookbooks and fancy gadgets and obscure ingredients well past their use-by dates, so to hark back to a simpler time when you might reasonably offer your guests a boiled neck of mutton – perhaps enlivened with a dozen blanched oysters and two hard-boiled eggs – never fails to appeal to me.

My fictional lead character, Mary Davidson, is charged with the task of cooking for a bunch of unappreciative whalers. Like myself, she is well-meaning, but rather too slapdash in her methods to be ever entirely successful. Unlike myself, with my fancy induction cooktop and whatnot, she is rustling up ‘slops’ in a camp oven on an open fire. (Readers may visit the Davidson cottage in Eden to marvel for themselves at the real Mrs Davidson’s rudimentary equipment – with which, by all accounts, she turned out magnificent meals.) Anyway, I hereby share the following recipes, in the faint hope that readers might be tempted, Julia & Julia style, to cook their way through Rush oh! or, at the very least, bring a plate along to their book club.

Let’s begin with some gruesome recipes involving offal: sheeps' tongues, ox kidneys and lambs brains, with some mutton and rabbits thrown in for good measure. Any of these recipes would be a wonderful accompaniment to the chapter, ‘Fastidious Diet of Whale men’, in which Mary describes the various complex dietary requirements of the whalers. I was interested to observe that the ‘Rabbits’ recipe requires a half wine glass of Worcestershire sauce – personally, I’d tip a bit more in. It will only go off in the cupboard.

Next, Madeira Cake. Please attempt this as an accompaniment to the chapter entitled ‘Excursion to Boyd Tower’, in which Mary’s freshly-baked Madeira cake is sat on by the family dog. Mary’s recipe is of course from her mother’s P.W.M.U cookbook, but I was pleased to find this economical recipe requires only two eggs, and has been submitted by a possible ancient relative of mine, a Mrs Barrett. The interesting thing about Madeira cake is that it contains no Madeira. That is possibly the only interesting thing about Madeira cake – I’m not entirely sure it’s worth the effort, but up to you.

Low on provisions, Mary and Louisa are forced to rustle up a batch of Rock Cakes for Mr Crowther when he comes a-calling, wanting his quarterly instalment for the Singer sewing machine. (See chapter: ‘A Visit From Mr Crowther’.) Personally, I think Miss Higgins has been a bit excessive with the eggs in this recipe. My ever-frugal namesake, Mrs Barrett, submits another version requiring only two eggs and ten minutes in a brisk oven. Nor does she bother with the candied lemon peel.

Next is Some Hints For Washing Day. Not a recipe as such, but an informative accompaniment to the chapter entitled ‘The Flukes’, where Mary and Louisa are tasked with the weekly washing. I note with interest that silk stockings are to be washed in a mixture of bran and water. “Rinse thoroughly in a succession of clean waters”, the instructions conclude. Well, quite, unless you want bran stuck all over your tights. Helpfully for Mary, there is also a section on starching, as John Beck has asked Mary to starch his good white shirt: “To every pint of starch add a piece of spermaceti candle the size of a chestnut.” Good luck with that. First you’ll need to get out there and catch yourself a Sperm whale.

Lastly, some homespun beauty treatments in order to prepare for the chapter entitled ‘The Plain and Fancy Dress Ball’. I imagine the whale men might mix up half a pound of lard and olive oil for their hair grease, scented with oil of lavender in a bid to overcome the pungent odour of dead whale emanating from their very pores. The girls meanwhile might be practicing their deep breathing: “The sallow girl with the dark circles under her eyes discovers that with correct breathing… the dark rings disappear, and the lustre reappears in her eyes.” Every time I read this, I find myself inhaling deeply – if you come along to Readings, St Kilda on Friday 4 September, you may judge for yourself how well it is working.

Read our review of Barrett’s novel here, and find out more details about Barrett’s event here. 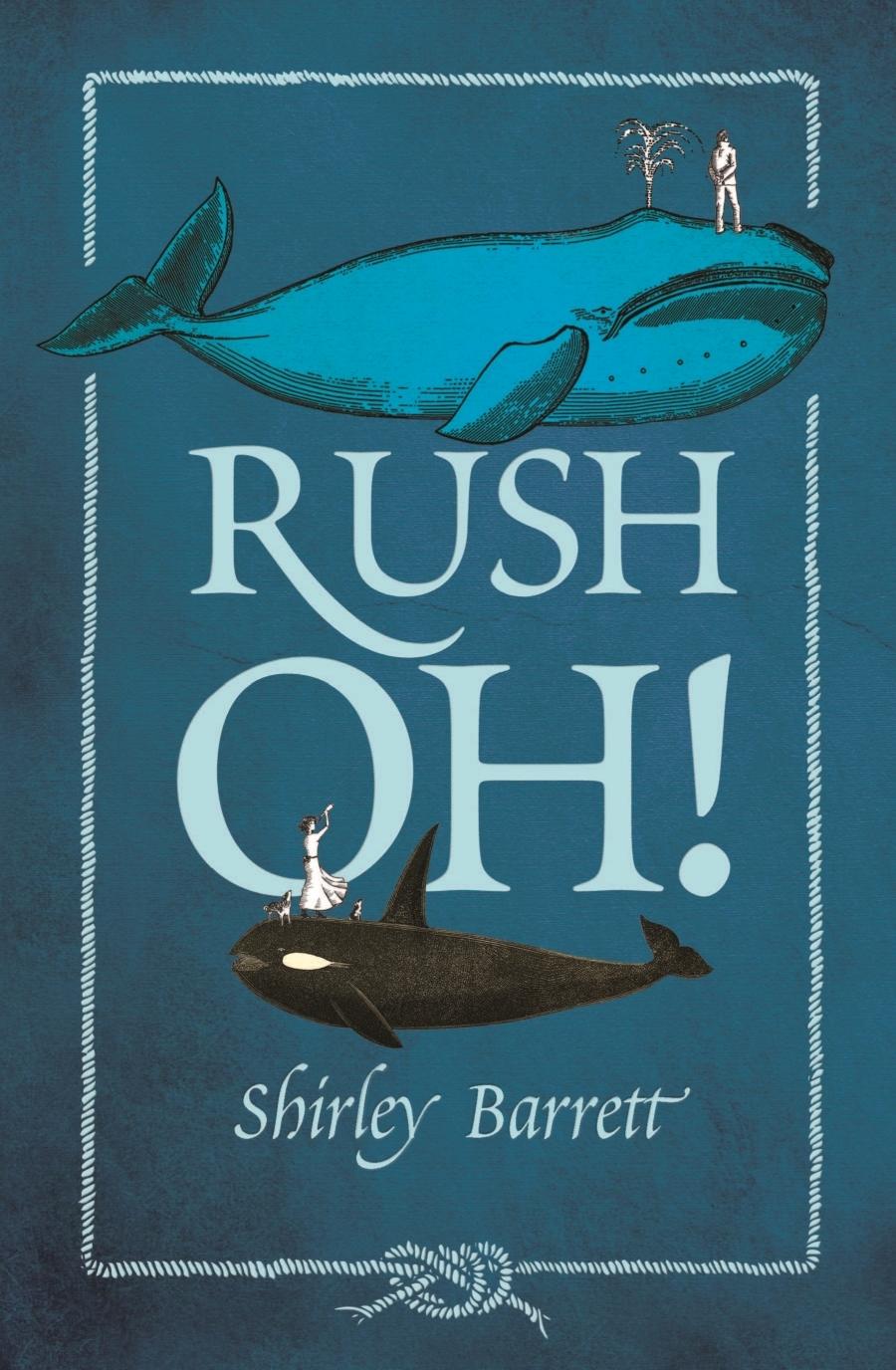