Choose your own adventure: the John Darnielle edition

Summer, St Kilda. Strolling Acland Street, you dispose of your empty frozen yoghurt cup and peel off into Readings Books. The store’s cool interior is a welcome respite from the cramming heat outside: perfect conditions for browsing. You clock the new releases, turn the latest Murakami over in your hands. It’s a lovely object, though not what you’re after today. You saunter around a bit in happy indecision, leafing through this, admiring that. Then something catches your eye: a paperback on the shelf of staff recommendations, white with an intricate pattern – a maze? – shimmering in embossed blue from its cover. The title’s intriguing: Wolf in White Van. The author? John Darnielle. You’ve never heard of him. You flip the book to read the back cover. It seems Darnielle is foremost a musician in a band called The Mountain Goats, and this is his literary debut. Something about a lonely and terribly disfigured man who creates an elaborate role-playing game which participants play via the mail. Sounds good. And the bookseller’s handwritten note underhanging the pocket of books on the shelf is very enthusiastic…

Darnielle’s prose casts a strong spell. It doesn’t take long before you’re bound up in Sean’s world, immersed in The Trace Italian – the ravaged near-future milieu of his survivalist strategy game. But what you hadn’t quite expected was the sheer empathic power of Darnielle’s literary portraiture. In précis, the book sounded tinged with the Gothic, but that’s not Wolf in White Van at all. Far from being embittered by his situation, or overwhelmed to the point of Dostoevskian frenzy, Sean is level-headed and kind and keenly attuned to even the smallest of life’s graces. His cultural touchstones are horror movies and Conan the Barbarian. Yet despite this affinity for darkness, he is a beautiful, big-hearted man, able to put himself in the shoes of those who wince at his wracked face, or who might mistake him at a glance for a monster; he never indulges self-pity. He’s a narrator with whom you relish spending time, and Darnielle’s brilliant structure, which moves both around and backward in time, advancing inexorably, you sense, on the catalysing moment of Sean’s violent disfigurement, has you gripped. How exactly did Sean incur his injuries? How did he dream up The Trace? And what seemingly troubling fate befell Carrie and Lance, the two highschool students who explored The Trace in tandem, and over whom Sean is still haunted by remorse?

You swipe through screen after screen of Google hits on your phone. The Mountain Goats have some passionate fans! Countless bootlegged performance videos appear as YouTube links, and the band would seem to be that rarest of things: Pitchfork darlings, having upheld over some fifteen-odd album reviews a glibness-to-respectful-analysis ratio that surely must cause many better known artists to lose sleep. You open Spotify and sample some songs. ‘Michael Myers Resplendent’ from the album Heretic Pride is a strangely tender character study of a man cast for his imposing physique to embody the masked killer in a slasher movie, having finally made peace with his eternal actorly lot of playing the faceless lug in video nasties. With its emotional directness, ‘Hast Thou Considered the Tetrapod’ catches you unawares and utterly disarms you. In it, Darnielle sings, his voice cracked with urgency, from the perspective of a boy sneaking home, praying he won’t wake his wrathful father. Of course he does, and soon the boy is “guarding [his] face”, fretting that in his fury his father might break his stereo, the one thing he can’t live without. When Darnielle sings the final lyric, “Held under these smothering waves / By your strong and thick-veined hand / But one of these days / I’m gonna wriggle up on dry land”, defiant and almost triumphant despite his character’s horrible ordeal, you realise you’ve welled up. It’s a powerful song. Then you notice a number from an album called All Hail West Texas with the improbable name ‘The Best Ever Death Metal Band in Denton’. It’s chorus is a lively “Hail Satan!”. You decide you like this John Darnielle.

Wow. That ending! You’ve loved Wolf in White Van. Now you can’t wait to swot up on John Darnielle. Between The Mountain Goats and sundry side-projects and other appearance, his back catalogue is sprawling. Then there’s Black Sabbath: Master of Reality, Darnielle’s first book – an atypical entry in the 33⅓ series of critical responses to noteworthy albums in that it’s written as fiction. And didn’t you just see mention somewhere that he’ll soon be in Australia, appearing at writers’ festivals to talk about Wolf in White Van?

You were right: Darnielle will be visiting Australia to discuss Wolf in White Van – this month, no less. What’s more, it turns out he’ll be appearing at Readings St Kilda – the very store you found the book – and for free! February 26, 6:30pm. You biro it into your diary in big block letters, then you follow the weblink on Readings’ website to RSVP. And hey, look at that: it seems a new Mountain Goats album has just been announced, and the first song, ‘The Legend of Chavo Guerrero’, is already streaming on Soundcloud. What a great time to be getting into John Darnielle! 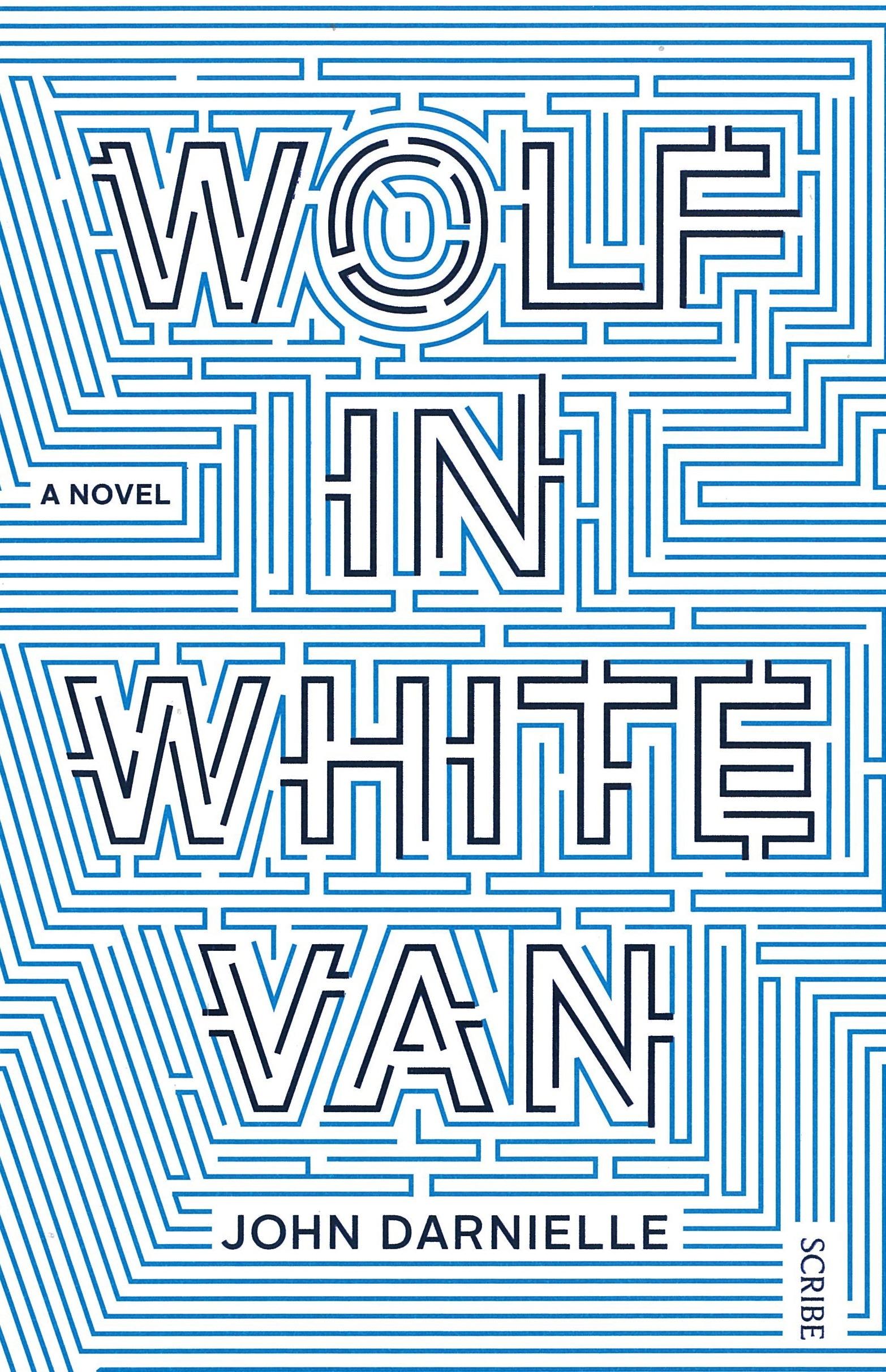