It’s National Reconciliation Week (27 May - 3 June) - a time for all Australians to learn about First Nations people’s histories, cultures, and achievements, and to explore how each of us can contribute to achieving reconciliation in Australia. The theme this year is a very apt ‘In This Together.’

Here are some recommended books to honour the voices, histories and cultures of Aboriginal and Torres Strait Islander peoples.

Our Home, Our Heartbeat by Adam Briggs, Kate Moon and Rachael Sarra

Adapted from Briggs' celebrated song ‘The Children Came Back’, this book is a celebration of past and present Indigenous legends, as well as emerging generations. At its heart honours the oldest continuous culture on earth. Readers will recognise Briggs' distinctive voice and contagious energy within the pages of Our Home, Our Heartbeat, signifying a new and exciting chapter in children’s Indigenous publishing.

This is the explosive second poetry collection from award-winning Mununjali Yugambeh writer Ellen van Neerven. Exploring love, language and land, van Neerven flexes their distinctive muscles and shines alight on Australia’s unreconciled past and precarious present with humour and heart. Van Neerven is unsparing in the interrogation of colonial impulse, and fiercely loyal to telling the stories that make us who we are.

Since the Uluru Statement from the Heart was formed in 2017, Thomas Mayor has travelled around the country to promote its vision of a better future for Indigenous Australians. He’s visited communities big and small, often with the Uluru Statement canvas rolled up in a tube under his arm. Here, through the story of his own journey and interviews with twenty key people, Mayor taps into a deep sense of our shared humanity. He believes that we will only find the heart of our nation when Aboriginal and Torres Strait Islander people are recognised with a representative Voice enshrined in the Australian Constitution.

Too Much Lip by Melissa Lucashenko

Wise-cracking Kerry Salter has spent a lifetime avoiding two things - her hometown and prison. But now her Pop is dying and she’s an inch away from the lockup, so she heads south on a stolen Harley. Kerry plans to spend twenty-four hours, tops, over the border. She quickly discovers, though, that Bundjalung country has a funny way of grabbing on to people. And the unexpected arrival on the scene of a good-looking dugai fella intent on loving her up only adds more trouble - but then trouble is Kerry’s middle name. Gritty and darkly hilarious, Too Much Lip offers redemption and forgiveness where none seems possible.

Fire Country: How Indigenous Fire Management Could Help Save Australia by Victor Steffensen

Delving deep into the Australian landscape and the environmental challenges we face, Fire Country is a powerful account from Indigenous land management expert Victor Steffensen on how the revival of Indigenous fire practices, including improved ‘reading’ of country and undertaking ‘cool burns’, could help to restore our nation. Steffensen’s story is unassuming and honest, written in a way that reflects the nature of yarning. And while some of the knowledge shared in his book may be unclear to western world views, there is much evidence that, if adopted, it could benefit all Australians.

Growing Up Aboriginal in Australia edited by Anita Heiss

What is it like to grow up Aboriginal in Australia? This anthology, compiled by award-winning author Anita Heiss, attempts to showcase as many diverse voices, experiences and stories as possible in order to answer that question. Accounts from well-known authors and high-profile identities sit alongside newly discovered voices of all ages, with experiences spanning coastal and desert regions, cities and remote communities. All of them speak to the heart - sometimes calling for empathy, oftentimes challenging stereotypes, always demanding respect.

This tender and thoughtful picture book is the first in a new series, Our Place, which welcomes and introduces children to important elements of Aboriginal and Torres Strait Islander culture. Using spare and poetic text, a young girl is encouraged to respect culture, stories, song, ancestors, Elders, and Country. Authors Aunty Fay Muir and Sue Lawson have previously collaborated on the excellent language book Nganga, and you may know illustrator Lisa Kennedy from her work on Welcome to Country and Wilam: A Birrarung Story. The gorgeous language, universal themes and vibrant illustrations make Respect a truly beautiful book to pore over with little people.

This important anthology, curated by Gomeroi poet and academic Alison Whittaker, showcases Australia’s most-respected First Nations poets alongside some of the rising stars. Divided into five thematic sections, each one is introduced by an essay from a leading Aboriginal writer and thinker who reflects on the power of First Nations poetry with their own original contribution. This incredible book is a testament to the renaissance of First Nations poetry happening in Australia right now.

Homeland Calling is a collection of poems created from hip-hop song lyrics that channel culture and challenge stereotypes. Written by First Nations youth from communities all around Australia, the powerful words display a maturity beyond their years. Edited by award-winning author and poet Ellen van Neerven, and brought to you by Desert Pea Media, the verses in this book are the result of young artists exploring their place in the world, expressing the future they want for themselves and their communities.

Benevolence is told from the perspective of Darug woman, Muraging (Mary James), born around 1813. Mary’s was one of the earliest Darug generations to experience the impact of British colonisation. At an early age Muraging is given over to the Parramatta Native School by her Darug father. From here she embarks on a journey of discovery and a search for a safe place to make her home. The author interweaves historical events and characters - she shatters stereotypes and puts a human face to this Aboriginal perspective.

From Kakadu to Cannes - an entertaining and thought-provoking memoir from actor, activist and Australia’s sweetheart, Miranda Tapsell. Growing up, Miranda often looked for faces like hers on our screens. There weren’t many. Now an award-winning actor, she decided to change things herself. Combining her love of romantic comedies with her love of the Top End, Miranda wrote, produced and starred in the box office hit Top End Wedding. In this engaging and thought-provoking memoir, Miranda shares the path she took to create a moving film about re-connection to family and culture. And, like all good story-tellers, she holds a mirror up to the society we live in to show the prejudice that too often surfaces. 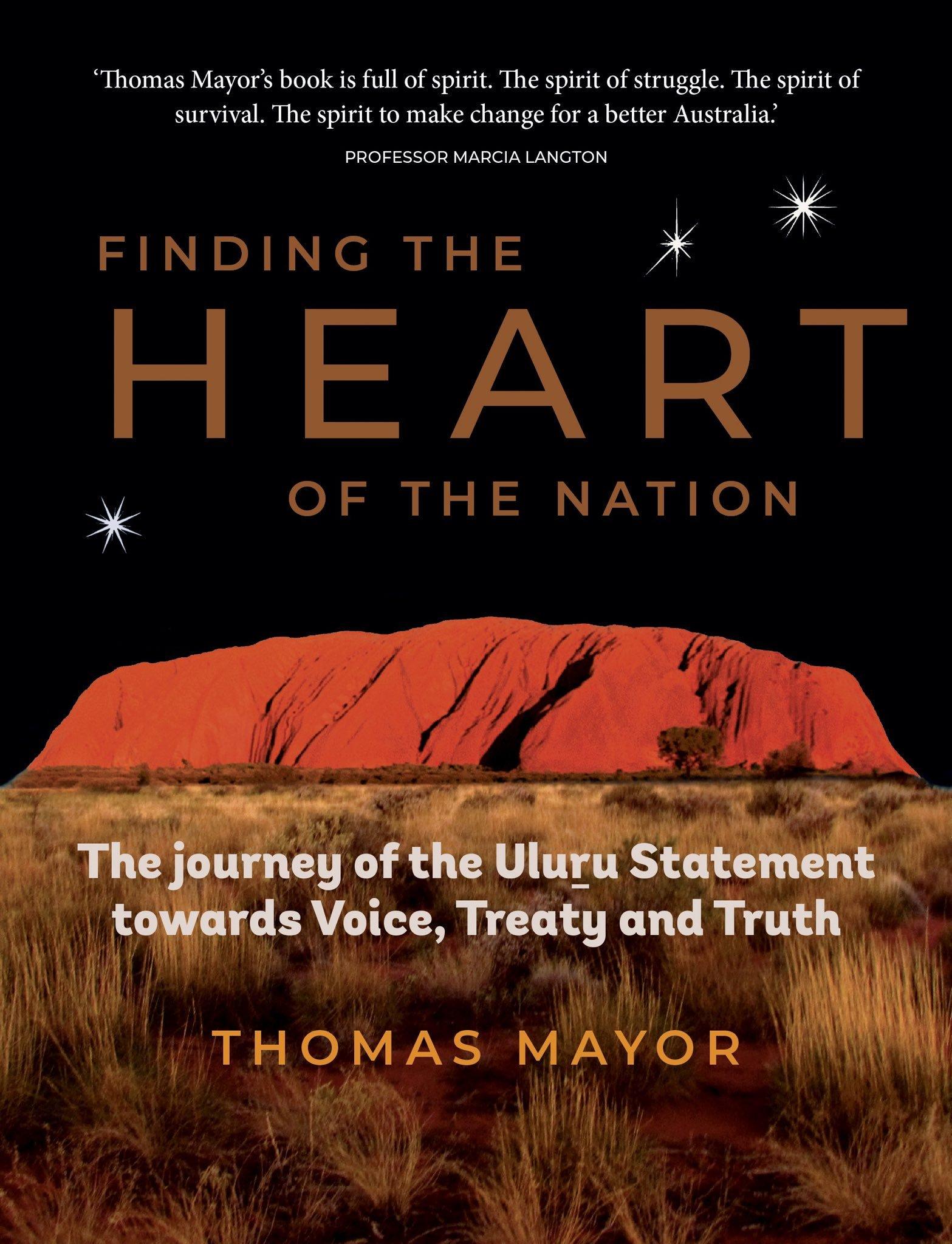