Books about dads and father figures for Father’s Day

Father’s Day is just around the corner – Sunday 1 September – and we’re here to help. We’ve got plenty of recommendations for gift ideas to get you started, and we’re also compiling a list of our favourite fiction and non-fiction books about dads for you below.

See our full range of Father’s Day collections here and don’t forget to place your online order before Thursday 22 August to make sure your father figure gets his gift for the big day.

Newlyweds Roy and Celestial are cruelly torn apart when Roy is arrested and wrongfully incarcerated for twelve years. This heartbreaking, moving novel follows the couple as their bond is sorely tested – Celestial, fiercely independent, struggles to hold onto the love that has been her centre and finds herself becoming closer with her childhood friend. Meanwhile, in prison, Roy, who has been raised by a stepfather, unexpectedly encounters his biological father. An American Marriage explores the nuances of fatherhood in many guises. As the 2019 winner of the Women’s Prize for Fiction, this is a book not to be missed.

The Goldfinch by Donna Tartt

Soon to be a film starring Ansel Elgort and Nicole Kidman, Donna Tartt’s 2014 novel The Goldfinch won the 2014 Pulitzer Prize for Fiction. It follows Theo, whose mother is killed in a terrorist attack at an art gallery when he is a child, as he taken in by the family of a wealthy friend, and his life growing up in alienation between the hallowed halls of the wealthy, and the dusty antique store where he works. It’s here where Theo develops a father-figure relationship with Hobie, who cares for Theo as if he were his own son. It’s a moving thread in an overwhelmingly poignant novel.

The nuances of fatherhood are deftly explored in this new Australian western from author Ben Hobson. Vernon and Penelope have decided that after their son Caleb is jailed, they don’t want to see him. But then Vernon hears that his son is being savagely beaten in prison while the police and guards do nothing. What has his life as a father been if he turns his back on his son in his hour of desperate need? To stop the beatings, Vernon plans to approach the father of the criminal committing them, who happens to be a notorious crime lord. But it’s just a conversation, father to father, so it’ll be fine. Right?

Once More We Saw Stars by Jayson Greene

This is an unforgettable memoir of courage and transformation – and of a father’s grief. Two-year-old Greta is struck by a falling brick and is killed in a shocking freak accident, and her parents, Jayson and Stacy, are overwhelmed with unimaginable grief. But even in the midst of his ordeal, Jayson recognises that there will be a life for him beyond it – if he can only continue moving forward, from one moment to the next, he will survive what seems un-survivable. If ever you were in doubt about the strength and power of a father’s love, Once More We Saw Stars will convince you.

From the author of Beartown and A Man Called Ove comes Things My Son Needs to Know About the World, part memoir, part manual, and part love letter to Backman’s son. For those with new fathers in their lives, this is a moving read – taking in the sleep-deprived lows and overwhelming highs of being a new father as Backman watches his son take his first steps, and, as his son grows, tries to explain why Dad sometimes holds his hand a bit too tightly.

If you could tell your dad anything, what would it be? A heartfelt, honest and very human book of letters from notable Australians (Steve Waugh, Michelle Law, Clare Wright and Mark Brandi are included) that will make you smile and make you cry. It is the perfect gift for the dad in your life. And a reminder to say how you feel before it is too late.

The Bookshop of the Broken Hearted by Robert Hillman

Lonely farmer Tom’s estranged wife Trudy returns from a year away – pregnant with another man’s child. But Tom discovers he has a knack for fatherhood, and loves Peter as if he were his own. When Trudy finds God and takes off again, taking the boy with her, Tom’s heart breaks all over again. Then, he meets Hannah, a vivid and quixotic Jewish bookseller, who lost her own child in Auschwitz. Two parents without children, they quickly fall in love and marry. Tom dares to believe he could be happy again. You’ll need tissues for this one – watch out for the scene where Tom helps to fix the broken-down car in which Trudy is taking away his child. A real heartbreaker.

The Place on Dalhousie by Melina Marchetta

After two years away, Rosie is returning to the place on Dalhousie – the house that her father built but never saw finished. She’s intending to live there, but instead finds Martha, her stepmother, struggling to finish what her husband started. So begins a stand-off between two women, intrinsically linked by one man, who both refuse to budge. The Place on Dalhousie is an unforgettable story about losing love and finding love; about the interconnectedness of lives and the true nature of belonging, from one of our most acclaimed writers. 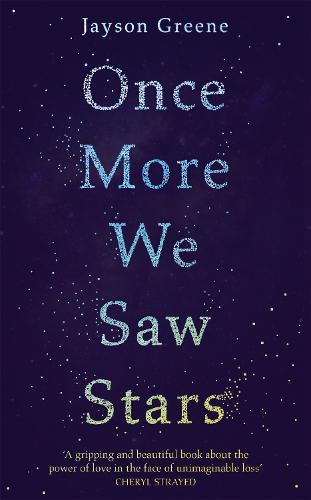 Books about dads and father figures for Father’s Day

END_OF_DOCUMENT_TOKEN_TO_BE_REPLACED

Things My Son Needs to Know About The World