Around the world in 25 books

Set off on your own personal world tour, without changing out of your pajamas. Here are 25 reads from around the world that will transport you to new lands.

First, jump next door to Indonesia with Eka Kurniawan. Beauty is a Wound was one of our top ten fiction books of last year, drawing comparisons with Gabriel García Márquez and Salman Rushdie. An epic fable full of magic and ghosts, horror and humour, this novel intertwines Indonesia’s history with the tragic tale of infamous prostitute Dewi Ayu and her cursed family.

Paolo Bacigalupi’s futuristic imagining of Thailand will allow you to travel through distance and time. A biopunk sci-fi, The Windup Girl is a vivid page-turner that won both the Hugo and Nebula. In Bacigalupi’s rich and intricate near-future vision, calorie companies rule the world and the side effects of bio-engineered plagues run rampant across the globe.

A gripping spy novel, an astute exploration of extreme politics, and a moving love story, The Sympathizer examines the legacy of the Vietnam War in literature, film, and the wars we fight today. The author, Viet Thanh Nguyen, arrived in the United States in the mid-1970s as a Vietnamese refugee, and his perspective is fresh and urgent.

Jhumpa Lahiri is a Pulitzer Prize winner, as well as Natonal Book and Man Booker shortlistee. The Lowland is the story of two brothers growing up together in Calcutta during the 50s and 60s. When one of the brothers becomes involved in the Naxalite movement, Lahiri details how their paths diverge.

Mai Jia has been described as China’s answer to John le Carré. He combines spycraft, code-breaking, crime, human drama, historical fiction and metafiction in his storytelling, and his most recent spy thriller to be translated to English is In the Dark. Composed of five interlinked stories, this novel takes readers behind the veil of China’s secret services.

A couple in their thirties live in a small rented cottage in a quiet part of Tokyo. They work at home as freelance writers. They no longer have very much to say to one another. Then, one day a cat invites itself into their small kitchen… The winner of Japan’s Kiyama Shohei Literary Award, The Guest Cat is a beautiful novel about the nature of life.

While in Russia, allow yourself to get swept up in an epic romance – against the backdrop of the Siege of Leningrad. The Bronze Horseman opens on 22 June 1941, the day Russia enters the Second World War after Operation Barbarossa. Tatiana Metanova, nearly seventeen, meets the handsome and mysterious Red Army officer Alexander Belov.

Tove Jansson is best known for her Moomintroll comic strip and books, but her fiction for adults is deserving of an equally large audience. In The Summer Book, an elderly artist and her 6-year-old granddaughter while away a summer together on a tiny island in the gulf of Finland. As the two learn each other’s fears and yearnings, a fierce yet understated love emerges.

Anne Enright was appointed Ireland’s very first Fiction Laureate last year so it feels fitting to use her work as a touchstone for this literature-rich country. In her Man Booker Prize-winning novel The Gathering, the nine surviving children of the Hegarty clan gather in Dublin for the wake of their wayward brother Liam. The novel’s narrator Veronica turns to her family’s troubled history to try to make sense of his death

Herman Koch’s sly, riveting bestseller The Dinner takes place over one evening in Amsterdam. Two brothers and their wives have met for dinner at a fancy restaurant. There is tension between the brothers and on this night, more than usual. The two couples' teenaged sons have been involved in a terrible act, and their parents must decide how to proceed.

Elena Ferrante’s Neapolitan novels of an enduring female friendship are phenomenal – this series is a compulsively readable portrait of two women, as well as the story of a neighbourhood, a city, and a country. My Brilliant Friend was our bestselling novel of 2015, and with good reason.

Accompanying a palliative care team, Susana Moreira Marques travels to Trás-os-Montes, a forgotten corner of northern Portugal. Crossing great distances where eagles circle over the roads, she visits villages where rural ways of life are disappearing. With Now and at the Hour of Our Death, she shares this experience – blending the immediacy of oral history with the sensibility of philosophical reportage.

In November 2013, Ali Eskandarian was murdered alongside two members of his band The Yellow Dogs. In the months leading up to this event, Ali had been in correspondence with a Dutch publisher about his semi-autobiographical novel. Golden Years is that novel. Set across New York, Teheran and Dallas, it tells the story of a group of Iranian musicians who are in thrall to the great American beats.

Every day, Maria Dolz stops for breakfast at the same café, and watches the same handsome couple interact. Then one day they aren’t there and she feels unexpectedly bereft. It is only later, when she comes across a newspaper photograph of the man, lying stabbed in the street, that she learns who the couple are. With The Infatuations, Javier Marias reimagines the murder novel as a metaphysical enquiry.

First published in 1920, Chéri is widely considered a masterpiece. A love affair between an aging courtesan and young playboy, this is a gorgeous snapshot into the decadence of the Parisian society that the famed author Colette inhabited.

It is June 1962. In a hotel on the Dorset coast, overlooking Chesil Beach, newlyweds Edward and Florence are sitting down to dinner in their room. Neither is entirely able to suppress their anxieties about the wedding night to come… On Chesil Beach movingly shows us how the entire course of a life can be changed – by a gesture not made or a word not spoken.

Chimamanda Ngozi Adichie’s Americanah is the story of a young man and woman from Nigeria, and the ways their lives unfold after they depart military-ruled Nigeria for the West. In this telling, Adichie asks questions of belonging and displacement, of love and race.

Brazilian writer Clarice Lispector has been described as one of the most important Jewish writers since Franz Kafka, and her Complete Stories have now been published for the first time in English.

Set across the Dominican Republic and New Jersey, Junot Díaz’s Pultizer Prize-winning novel The Brief Wondrous Life of Oscar Wao chronicles the life of Oscar De León, an overweight Dominican boy who is obsessed with science fiction, fantasy and falling in love, along with the history of the family’s curse.

Growing up in 1980s Chile, a young boy plays hide and seek in the suburbs of Santiago with his friends while the adults become slowly entangled in the brutality of Pinochet’s regime accomplices and victims of the brutal dictatorship. Later, he looks back on this experience as a young man and tries to untangle the truth.

Set across three decades, A Brief History of Seven Killings uses the true story of the attempt on the life of reggae star Marley to explore the turbulent world of Jamaican gangs and politics.

Valeria Luiselli’s The Story of My Teeth is an exhilarating romp through the industrial suburbs of Mexico City, as well as the author’s own literary influences. She constructed the book as a collaborative project, that invited the input of local factory workers.

American calls for a Big American Novel and Hanya Yanagihara’s A Little Life is one of the most talked about books of last year. When four graduates from a small Massachusetts college move to New York to make their way, they’re broke, adrift, and buoyed only by their friendship and ambition.

Margaret Atwood is arguably Canada’s most well-known author and her second novel, Surfacing, grapples with notions of national and gendered identity. A young woman returns to northern Quebec to the remote island of her childhood, with her lover and two friends, to investigate the mysterious disappearance of her father.

For the final stop of your journey, head into the past with Eleanor Catton. It is 1866, and Walter Moody has come to make his fortune upon the New Zealand goldfields. On arrival, he stumbles across a tense gathering of twelve local men, who have met in secret to discuss a series of unsolved crimes. An astrological mystery, The Luminaries has been described as a ‘Kiwi Twin Peaks’. 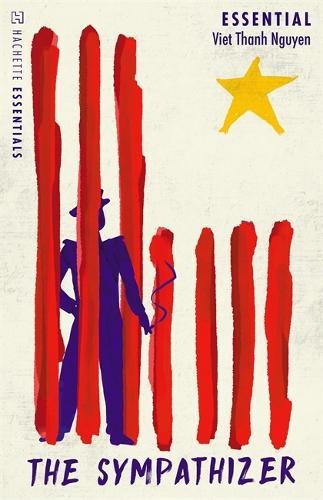