Anna George on sleep debt in The Lone Child

Author Anna George reflects on how a lack of sleep informed her second novel, The Lone Child – a gripping, atmospheric story of early motherhood.

We recently interviewed George over on the Readings Podcast. You can listen to our conversation with her here.

I’d never heard of a sleep debt until after I was seriously in the red – having spent months sleeping four or five hours a night. I now know that your sleep debt is the difference between the amount of sleep you should be getting and the amount you are. And, apparently, every hour missed accumulates. Experts recommend adults should sleep seven to eight hours each night. After several nights of losing sleep, even a loss of one to two hours each night, your ability to function suffers, as if you haven’t slept at all for a day or two.

All of which explains why I was walking into door frames and dropping things when I had my first baby. It also explains why I kept forgetting appointments, had trouble speaking and fell asleep on the toilet.

I came upon these sleep-facts titbits when I was researching for my second novel The Lone Child. One of its main characters, Neve, has a newborn and, parenting alone, she’s struggling to function. The book is framed around one Easter when Neve discovers another child in her midst and in need.

When my baby was very young, I understood immediately why chronic sleep deprivation was a form of torture. What I hadn’t understood, though, was exactly how dangerous it could be. I knew tiredness could make you grouchy and emotional, but I didn’t stop to think about its potential to kill you – at the very least by accidental death. Countless car and workplace accidents, including several famous calamities – such as the meltdown at the Chernobyl nuclear power plant, the grounding of the Exxon Valdez oil tanker and the explosion of the Challenger Space Shuttle – have been linked with sleep deprivation.

Yet every day mothers are discharged from hospitals with their babies and within weeks, if not days, these sleep deprived parents are driving their progeny around. One particularly alarming fact I’ve stumbled across is that staying awake for 24 hours leads to a reduced hand-eye co-ordination akin to having a blood-alcohol content of 0.1.

Today, politicians brag about how much sleep they don’t need, as if running on empty is admirable. Once, decades ago, drinking and driving was a badge of honour. Now, for some, it’s claiming to have worked an all-nighter to pull off the deal, or meet the deadline or pass the Bill.

In The Lone Child I wanted to show sleeplessness in all its grumpy, clumsy and disorientating glory.

Information on sleep is readily available. Medical professionals know it – despite their industry’s notorious history of overly long shift-work. But, as a new mother, despite all the focus on my baby’s sleeping habits, at most I was told (as far as I can remember): ‘Try to sleep when your baby sleeps.’ Once I was home and exhausted, asking for help so that I could sleep felt indulgent. Needy. If I was starving or thirsty I would have asked for food or water; but, chronically tired, well no, I didn’t think to ask… Even though the only way to pay down your debt is to pay it back – with sleep.

After I had my second baby, roughly two years after the first, I was massively in sleep debt. I was sleep bankrupt. This time, though, I had the good fortune to have more adult company during the day. So what did I do? I sat up and chatted. Which in a way explains some of the decisions that Neve makes in The Lone Child. Our need for connection is as fundamental as our need for food, water, and yes sleep.

The Lone Child is available now, in-store and online. 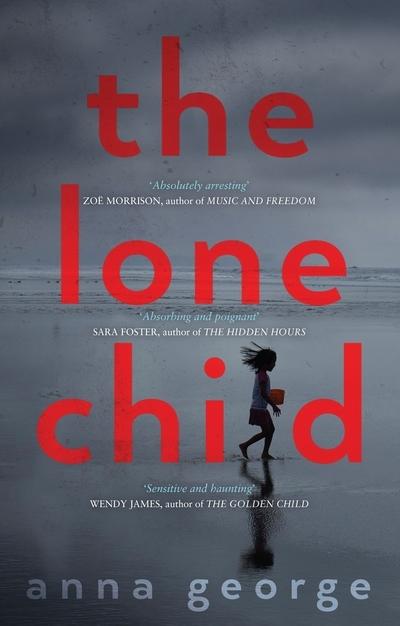