A beginner’s guide to Haruki Murakami

Haruki Murakami’s fiction and non-fiction is known for its unique ability to seamlessly blur the surreal with the ordinary.

Someone I know once likened reading a Murakami to repeat meetings with an enigmatic yet unknowable stranger (the one who never seems to remember your name). Just when you start searching for a conversational exit, you find yourself invested in the most compelling yet bizarre story – could all of this be true? You wonder.

You make a pact to clarify a few things when you see them next; you know full well you’ll never do it. Somehow the line between real and unreal has no place here.

Want to dip your toes into Murakami but don’t know where to begin? Below are some of our suggestions from the author’s vast catalogue of work.

If you love short stories, or have already read everything he’s written

The eight masterly stories in this new collection are all told in the first person by a classic Murakami narrator. From nostalgic memories of youth, meditations on music and an ardent love of baseball to dreamlike scenarios, an encounter with a talking monkey and invented jazz albums, together these stories challenge the boundaries between our minds and the exterior world. Occasionally, a narrator who may or may not be Murakami himself is present. Is it memoir or fiction? The reader decides.

Philosophical and mysterious, the stories in First Person Singular all touch beautifully on love and solitude, childhood and memory… all with a signature Murakami twist.

If you want to read a peak-Murakami novel

Kafka on the Shore follows the fortunes of two remarkable characters. Kafka Tamura runs away from home at fifteen, under the shadow of his father’s dark prophesy, while the ageing Nakata, tracker of lost cats, who never recovered from a bizarre childhood affliction, soon finds his pleasantly simplified life suddenly turned upside down.

Their parallel odysseys are enriched throughout by vivid accomplices and mesmerising dramas. Cats converse with people; fish tumble from the sky; a ghostlike pimp deploys a Hegel-spouting girl of the night; a forest harbours soldiers apparently un-aged since WWII. There is a savage killing, but the identity of both victim and killer is a riddle.

Murakami’s novel is at once a classic quest, but it is also a bold exploration of mythic and contemporary taboos, of patricide, of mother-love, of sister-love.

If you love leaning into surprising and surreal narratives

It begins simply enough: A twenty-something advertising executive receives a postcard from a friend, and casually appropriates the image for an insurance company’s advertisement. What he doesn’t realise is that included in the pastoral scene is a mutant sheep with a star on its back, and in using this photo he has unwittingly captured the attention of a man in black who offers a menacing ultimatum - find the sheep or face dire consequences.

Thus begins a surreal and elaborate quest that takes our hero from the urban haunts of Tokyo to the remote and snowy mountains of northern Japan, where he confronts not only the mythological sheep, but the confines of tradition and the demons deep within himself.

If you are in the mood for an absolute epic

The year is 1Q84. This is the real world, there is no doubt about that.

But in this world, there are two moons in the sky.

In this world, the fates of two people, Tengo and Aomame, are closely intertwined. They are each, in their own way, doing something very dangerous. And in this world, there seems no way to save them both. Something extraordinary is starting.

If you’ve always suspected there’s strangeness in the suburbs

Toru Okada’s cat has disappeared and this has unsettled his wife, who is herself growing more distant every day. Then there are the increasingly explicit telephone calls he has started receiving.

As this compelling story unfolds, the tidy suburban realities of Okada’s vague and blameless life, spent cooking, reading, listening to jazz and opera and drinking beer at the kitchen table, are turned inside out, and he embarks on a bizarre journey, guided (however obscurely) by a succession of characters, each with a tale to tell.

This haunting, enigmatic love story turned Murakami into a literary superstar in Japan, and is his bestselling title throughout the world.

When he hears her favourite Beatles song, Toru Watanabe recalls his first love Naoko, the girlfriend of his best friend Kizuki. Immediately he is transported back almost twenty years to his student days in Tokyo, adrift in a world of uneasy friendships, casual sex, passion, loss and desire - to a time when an impetuous young woman called Midori marches into his life and he has to choose between the future and the past.

If you’ve only ever read Murakami’s fiction

Murakami tells the true story behind an act of terrorism that turned an average Monday morning into a national disaster. In spite of the perpetrators' intentions, the Tokyo gas attack left only twelve people dead, but thousands were injured and many suffered serious after-effects.

Murakami interviews the victims to try and establish precisely what happened on the subway that day. He also interviews members and ex-members of the doomsdays cult responsible, in the hope that they might be able to explain the reason for the attack and how it was that their guru instilled such devotion in his followers. 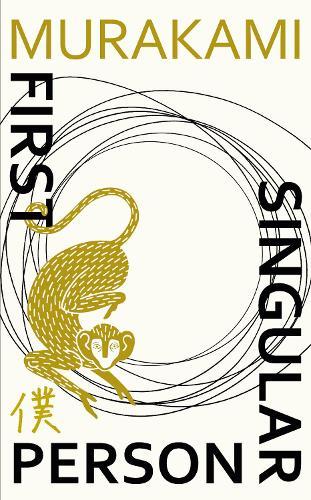