Happy NAIDOC Week! NAIDOC Week celebrates the history, culture and achievements of Aboriginal and Torres Strait Islander peoples. Here are 10 gorgeous reads exploring Indigenous culture and history for you to read along with your child.

Shake a Leg by Boori Monty Pryor and Jan Ormerod

From pizza shop to bora ground, here is a joyous celebration of food, dance and cultural understanding. When three young boys go to a pizza parlour and meet an Aboriginal chef who can speak Italian and make a deadly pizza, they’re in for a surprise.

In Your Dreams by Sally Morgan and Bronwyn Bancroft

Susie is supposed to write about what she wants to be when she grows up. But she doesn’t have a clue. When she has a series of puzzling dreams, Gran encourages her to think about their deeper meaning and Susie soon finds she knows what to write after all.

The Rainbow Serpent by Dick Roughsey and P. Trezise

One of the most wide-spread Dreamtime stories tells of Goorialla, the Rainbow Serpent. It is said the Rainbow Serpent arrived in this land shortly after the creation period. This was when the land was flat so the great Serpent moved the earth, gouged out billabongs, rivers, mountains and valleys in the shape of his body.

Splosh for the Billabong by Ros Moriarty and Balarinji

Splosh for the Billabong revels in all things swirly and squelchy, and explores northern Australian animals and landscapes, as well as indigenous art. The book is illustrated by Australia’s leading Indigenous design studio, Balarinji.

This book is a unique collaboration involving the staff and students of Papunya School, working together with children’s writer Nadia Wheatley and artist Ken Searle. It tells the story of how Anangu from five different language groups came to live together at Papunya.

Stolen Girl is a fictionalised account of the now universally known story of the Stolen Generation. Trina Saffioti and Norma MacDonald give young readers insight into the depth of emotion that was felt by thousands of Australians during this dark chapter in the nation’s history.

Why I Love Australia by Bronwyn Bancroft

In this magnificent celebration of country, Bronwyn Bancroft uses both images and words to explore the awe-inspiring beauty of the Australian continent, and to express the depth of her feelings for it.

Numbat has two hearts – one of stone and one of feather. His stone heart makes him strong and powerful while his feather heart makes him soft and gentle. But when having more than one heart becomes troublesome, Numbat must choose which one to keep…

An isolated Aboriginal community are waiting for the rain to come. Tension among the children and adults builds as the rain clouds thicken and grow dark. Everybody is ready, but when will the rain come?

As I Grew Older by Ian Abdulla

The 1950s and 1960s was a time of immense of profound environmental and social change in Australia. Ian Abdulla’s paintings and text offer a snapshot of an Aboriginal family living on a small stretch of the Murray River in South Australia, and affirm the culture of rural Aborigines who were determined to stay on their land despite the upheaval. 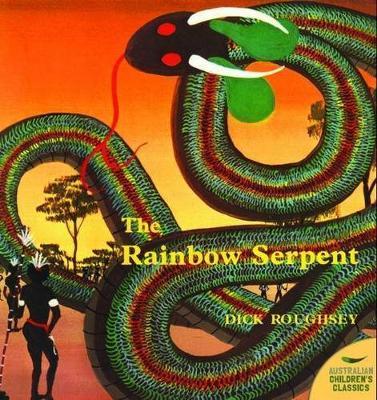