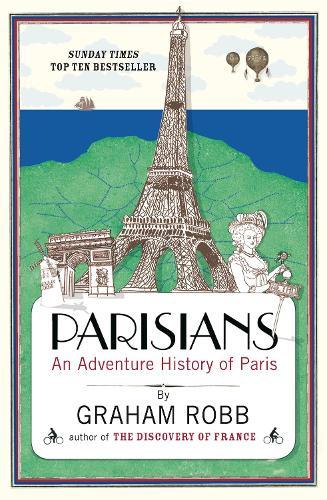 No-one knows a city like the people who live there - so who better to relate the history of Paris than its inhabitants through the ages? Taking us from 1750 to the new millennium, Graham Robb’s Parisians is at once a book to read from cover to cover, to lose yourself in, to dip in and out of at leisure, and a book to return to again and again - rather like the city itself, in fact.
‘Quirky, amused and tres British’ Julian Barnes
‘A collection of true stories, culled from Robb’s insatiable historical reading and lit by his imagination … So richly pleasurable that you feel it might emit a warm glow if you left it in a dark room’ John Carey, Book of the Week, Sunday Times
‘This book is the sort of triumph that we have no right to expect to come from anyone in the steady way that Robb’s masterly books come from him’ Philip Hensher, Daily Telegraph
‘As Parisian and as bracing as a freshly mixed Pernod and water’ New York Times
$24.99Add to basket ›