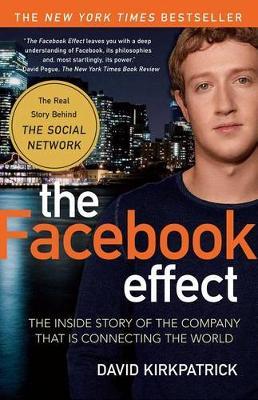 In little more than half a decade, Facebook has gone from a dorm-room novelty to a company with 500 million users. It is one of the fastest growing companies in history, an essential part of the social life not only of teenagers but hundreds of millions of adults worldwide. As Facebook spreads around the globe, it creates surprising effects - even becoming instrumental in political protests from Colombia to Iran. Veteran technology reporter David Kirkpatrick had the full cooperation of Facebook’s key executives in researching this fascinating history of the company and its impact on our lives. Kirkpatrick tells us how Facebook was created, why it has flourished, and where it is going next. He chronicles its successes and missteps, and gives readers the most complete assessment anywhere of founder and CEO Mark Zuckerberg, the central figure in the company’s remarkable ascent.

END_OF_DOCUMENT_TOKEN_TO_BE_REPLACED

* This is a highly original book about Facebook D now one of the most-visited sites on the web. Facebook is now used by nearly 500 million people throughout the world, many of whom spend several hours a day on this site. ...

Take advantage of Facebook to promote brands, products, and services. With The Facebook Marketing Book, you'll learn proven tactics that you can use right away to build your brand and engage prospective customers.

The Accidental Billionaires: Sex, Money, Betrayal and the Founding of Facebook

Eduardo Saverin and Mark Zuckerberg - an awkward maths prodigy and a painfully shy computer genius - were never going to fit in at elite, polished Harvard.

END_OF_DOCUMENT_TOKEN_TO_BE_REPLACED

Googled: The End of the World as We Know It