Cause for our Times: Oxfam - the first 50 years 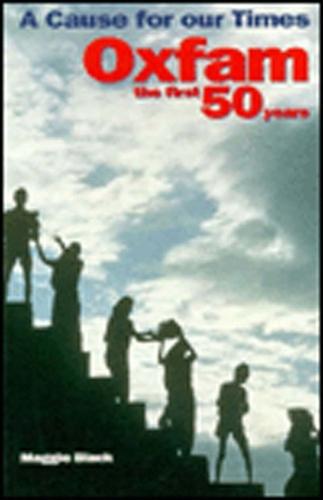 Cause for our Times: Oxfam - the first 50 years

Oxfam is one of the best-known and most successful charities in Britain. It is also one of the most controversial. This book, published to coincide with Oxfam’s 50th anniversary, describes how a small, local, wartime charity evolved into Britain’s largest overseas agency, in a period of rapid social and international change. From its initial mission to help starving civilians in Greece during the darkest days of the Second World War, to the recent Charity Commission investigation into its campaigning activities, Oxfam has frequently been in the news. Its humanitarian mission has never been safe, whether in Africa or Vietnam, Central America or the Middle East; whether in hard hitting fundraising or educational activity, in nagging governments into helping famine victims or responding to needs in the midst of armed conflict. Maggie Black gives a wide-ranging, sometimes critical, account of Oxfam’s first 50 years. In doing so, she projects Oxfam’s own development against a backcloth of changing ideas in international affairs and charitable giving, of which its growth is both an inspiration and an expression.