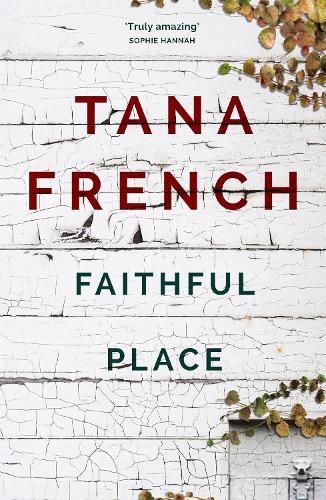 The course of Frank Mackey’s life was set by one defining moment when he was nineteen. The moment his girlfriend, Rosie Daly, failed to turn up for their rendezvous in Faithful Place, failed to run away with him to London as they had planned. Frank never heard from her again. Twenty years on, Frank is still in Dublin, working as an undercover cop. He’s cut all ties with his dysfunctional family. Until his sister calls to say that Rosie’s suitcase has been found. Frank embarks on a journey into his past that demands he reevaluate everything he believes to be true.

END_OF_DOCUMENT_TOKEN_TO_BE_REPLACED

You can beat one killer. Beating your own squad is a whole other thing. This is the case that will make Detective Antoinette Conway's murder squad career. Or break it. A searing novel of psychological suspense from the...

Marian Keyes tweeted 'it's brilliant!', Marie Claire calls it 'a gripping read for those still pining for GONE GIRL' and Gillian Flynn says it's 'an absolutely mesmerizing read'. They all know who killed him. Do you?

A searing psychological crime novel from the international bestseller

Tana French follows her stunning accomplished debut, IN THE WOODS, with an equally compelling psychological mystery that confirms her place as one of the most exciting new voices in crime fiction.

A stunningly accomplished psychological mystery which will take you on a thrilling journey through a tangled web of evil and beyond - to the inexplicable.