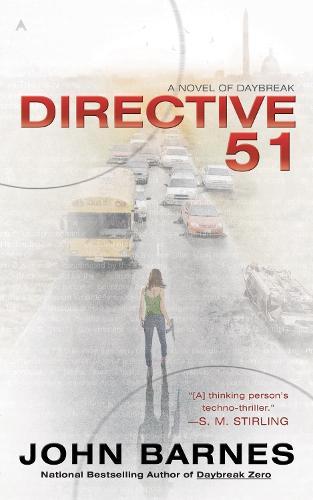 The first book in a new post-apocalyptic trilogy from a master of the genre Heather O'Grainne is the Assistant Secretary in the Office of Future Threat Assessment, investigating rumors surrounding something called Daybreak. The group is diverse and radical, and its members have only one thing in common-their hatred for the Big System and their desire to take it down. Now, seemingly random events simultaneously occurring around the world are in fact connected as part of Daybreak’s plan to destroy modern civilization-a plan that will eliminate America’s top government personnel, leaving the nation no choice but to implement its emergency contingency program…Directive 51.