Gandhi in the West: The Mahatma and the Rise of Radical Protest 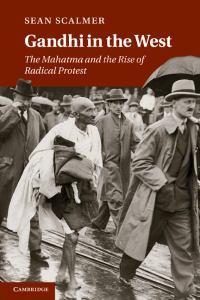 Gandhi in the West: The Mahatma and the Rise of Radical Protest

The non-violent protests of civil rights activists and anti-nuclear campaigners during the 1960s helped to redefine Western politics. But where did they come from? Sean Scalmer uncovers their history in an earlier generation’s intense struggles to understand and emulate the activities of Mahatma Gandhi. He shows how Gandhi’s non-violent protests were the subject of widespread discussion and debate in the USA and UK for several decades. Though at first misrepresented by Western newspapers, they were patiently described and clarified by a devoted group of cosmopolitan advocates. Small groups of Westerners experimented with Gandhian techniques in virtual anonymity and then, on the cusp of the 1960s, brought these methods to a wider audience. The swelling protests of later years increasingly abandoned the spirit of non-violence, and the central significance of Gandhi and his supporters has therefore been forgotten. This book recovers this tradition, charts its transformation, and ponders its abiding significance.