George Eliot’s Life, as Related in her Letters and Journals 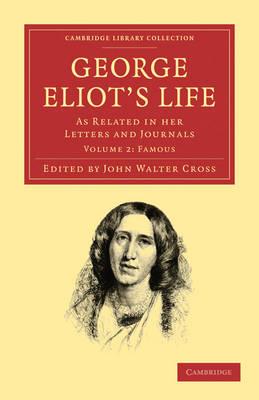 George Eliot’s Life, as Related in her Letters and Journals

Best known for his brief marriage to George Eliot, John Walter Cross (1840-1924) compiled this three-volume ‘autobiography’ of 1885 from his late wife’s journals and letters. Eliot was never married to her long-term partner G. H. Lewes, and she courted further scandal when she married Cross, twenty years her junior, in the spring of 1880. While these volumes offer a valuable insight into Eliot’s private reflections, what is perhaps most telling is the material left out or rewritten in Cross' efforts to lend his wife’s unconventional life some respectability, which he does at the expense of what one reviewer described as Eliot’s ‘salt and spice’. George Eliot’s Life will be of particular interest to scholars of nineteenth-century biography and literature. Volume 2 covers the years 1858-1866, including Eliot’s initial success in fiction and her travels in Italy, Holland, and along the Rhine.