The 95th (Rifles) in America: the Experiences of Two Soldiers During the War of 1812 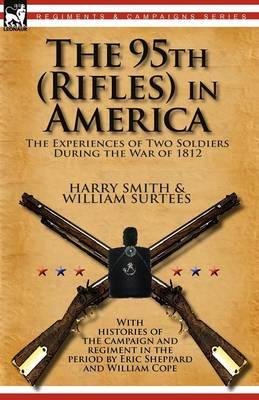 The 95th (Rifles) in America: the Experiences of Two Soldiers During the War of 1812

Rifle green to America With Accompanying Histories of the Campaign and Regiment in the Period by Eric Sheppard and William Cope Relations between the British Empire and its former-rebellious-colony in America were understandably strained in the half century following the War of Independence. While the British Army struggled with the Emperor of the French in Spain, open hostility broke out on the new nations border with British Canada. As Britain’s war apparently drew to a close in the South of France upon Napoleon’s abdication experienced regiments from Wellington’s Peninsula Army were detailed to sail across the Atlantic to join the struggle. Among them were elements of the 95th-the famous green-jacketed riflemen. Fortunately for posterity two of those soldiers, Harry Smith and William Surtees, elected to write accounts of their experiences. Leonaur has included these two essential accounts in this volume, together with an account of the doings of the 95th in America and a general overview of the war, to give modern readers an insight into the latter stages of this Napoleonic period war, from a rifleman’s perspective, up to and beyond the catastrophic battle before New Orleans that concluded hostilities. Available in soft cover and hard cover with dust jacket.