Christian Churches and Their Peoples, 1840-1965: A Social History of Religion in Canada 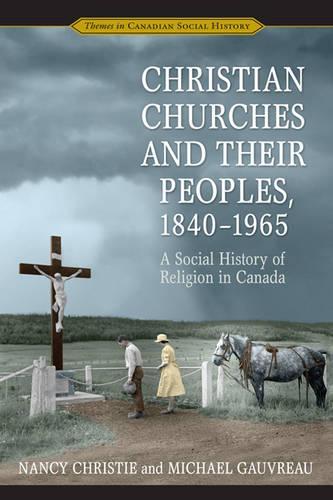 Christian Churches and Their Peoples, 1840-1965: A Social History of Religion in Canada

Religious institutions, values, and identities are fundamental to understanding the lived experiences of Canadians in the nineteenth- and early twentieth-century. Christian Churches and Their Peoples, an inter-denominational study, considers how Christian churches influenced the social and cultural development of Canadian society across regional and linguistic lines. By shifting their focus beyond the internal dynamics of institutions, Nancy Christie and Michael Gauvreau address broad social issues such as the ways in which religion is linked to changing mores, the key role of laypeople in shaping churches, and the ways in which First Nations peoples both appropriated and resisted missionary teachings. With an important analysis of popular religious ideas and practices, Christian Churches and Their Peoples demonstrates that the cultural authority and regulatory practices of religious institutions both affirmed and opposed the personal religious values of Canadians, ultimately facilitating their elaboration of personal, ethnic, gender, and national identities.