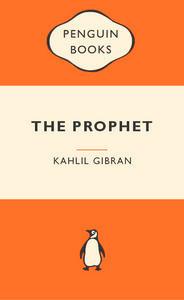 First published in the 1920’s, The Prophet, Gibran’s hugely popular guide to living, has sold millions of copies worldwide and is the most famous work of religious fiction of the twentieth century. The Prophet became the bible of 1960s culture and was credited with founding the New Age movement, yet it still continues to inspire people around the world today.