The Poems and Songs of Robert Burns: The Five Foot Shelf of Classics, Vol. VI (in 51 Volumes) 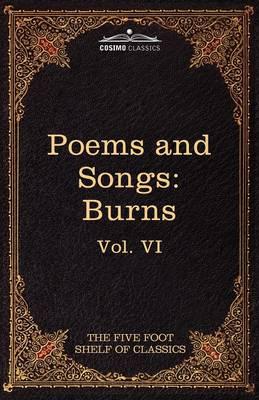 The Poems and Songs of Robert Burns: The Five Foot Shelf of Classics, Vol. VI (in 51 Volumes)

Originally published between 1909 and 1917 under the name Harvard Classics, this stupendous 51-volume set-a collection of the greatest writings from literature, philosophy, history, and mythology-was assembled by American academic CHARLES WILLIAM ELIOT (1834-1926), Harvard University’s longest-serving president. Also known as Dr. Eliot’s Five Foot Shelf, it represented Eliot’s belief that a basic liberal education could be gleaned by reading from an anthology of works that could fit on five feet of bookshelf. Volume VI features the poems and songs of Scottish national poet ROBERT BURNS (1759-1796), whose lyrical and humanistic verse inspired the 19th-century Romantic poets and, in the 20th century, such diverse artists as novelist John Steinbeck and songwriter Bob Dylan. Included here are Burns’s most famous works, such as John Barleycorn: A Ballad, To a Mouse, A Red, Red Rose, Auld Lang Syne, and many more. The work also includes a glossary of Scottish dialect.