The Battle of the Sexes in Science Fiction 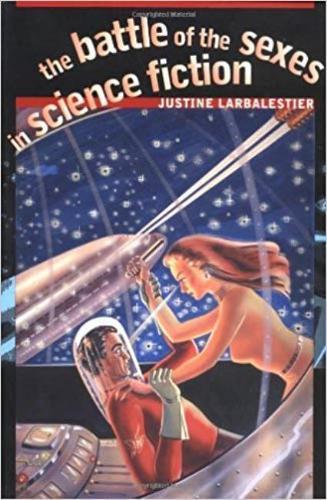 The Battle of the Sexes in Science Fiction

The Battle of the Sexes in Science Fiction is a lively account of the role of women and feminism in the development of American science fiction during its formative years, the mid-20th century. Beginning in 1926, with the publication of the first issue of Amazing Stories, Justine Larbalestier examines science fiction’s engagement with questions of femininity, masculinity, sex and sexuality. She traces the debates over the place of women and feminism in science fiction as it emerged in stories, letters and articles in science fiction magazines and fanzines. The book culminates in the story of James Tiptree, Jr. and the eponymous Award. Tiptree was a successful science fiction writer of the 1970s who was later discovered to be a woman. Tiptree’s easy acceptance by the male-dominated publishing arena of the time proved that there was no necessary difference in the way men and women wrote, but that there was a real difference in the way they were read.