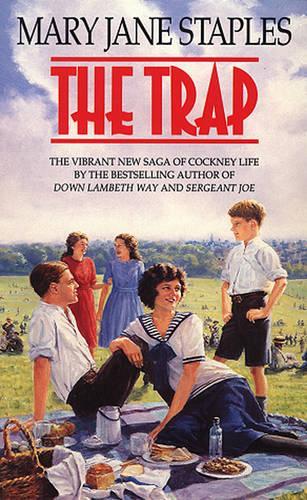 When Jamie Blair, twenty-four, unemployed, and back from the trenches, took lodgings at Larcom Street in Walworth, he had no idea he was walking into a trap. The house was owned by Henry Mullins, big, burly, and a hard drinker. Henry made life hell for his four stepchildren who looked half-starved and frequently got bashed. Seventeen-year-old Kitty was the one Jamie felt most sorry for. She took the brunt of Henry Mullins' bad temper whilst trying to protect her sisters and brother. When Mullins suddenly died - in somewhat suspicious circumstances - Kitty realised they could be in trouble. If she wasn’t careful the authorities would take the younger children away - split the family up. She wasn’t having that, not after all they’d gone through, and nice, kind Jamie Blair was the one to save them. Too late Jamie found himself with a ready-made family and a stubborn and fiery young termagant called Kitty who was determined not to let him go.