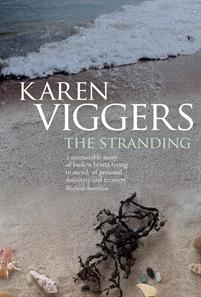 Lex Henderson washes up in a small coastal village after a tragedy shatters his life in Sydney. He wants only to escape from the world, and thinks he’s found the perfect place to do it, until the local community starts taking an interest in him. By then, despite himself, he’s a little fascinated in return, and is soon drawn into the place in ways he could never have anticipated. He also meets Callista Bennett, an artist with a hidden history, and enters into a friendship with her that is both volatile and difficult - both of them are paralysed by their pasts and by the idea of trusting anyone ever again. What Lex does learn to trust is the beauty of the world around him, and he embraces it wholeheartedly, swimming out among the whales, spending hours a day studying the ever-changing patterns of the sea and the play of light and shadow, storm and sunshine. This is one way he can connect with Callista, who has spent her whole life engaged with the natural world and whose paintings capture it so vividly. Then a whale is stranded on a nearby beach, and Lex, Callista and the townsfolk become involved in a tense and uncertain rescue. It is through the trials and emotions of this event that Lex and Callista see a way through their grief. But will their pasts ever let them go? The Stranding is a beautifully told story of loss and recovery, exile and belonging, and the redemptive power of the natural world. ‘An impressive Australian debut… there’s a raw saltiness to the writing that vividly conveys the wild moods of the ocean and the crippling nature of emotional baggage.’ Australia Women’s Weekly ‘This debut novel is a gift - filled with radiant metaphors and with a compelling storyline that had me wanting to swallow it down in big gulps.’ Armidale Express ‘A celebration of the extraordinary impact that witnessing whales in their natural environment has on the human spirit. A tender heart-warming novel that encompasses love, redemption and the wonders of nature.’ Canberra Times ‘A moving, edgy love story… a poignant anatomy of loss.’ Weekend Australian

Lex Henderson arrives in a coastal village looking for a place to hide from prying eyes and old memories. Soon after, he meets Callista Bennett, a local artist with her own chequered past. Lex is drawn to her and they begin a relationship. As two lost souls, they each have their own baggage; Callista has long given up on true love and Lex is working through divorce proceedings. He spirals downward until woken by the sound of whales off the coast. At once he feels a connection: their presence something solid he can hold onto, a bridge to the natural world. In such simplicity, he sees hope for the future. Then a whale is found stranded on the beach, an event that challenges old beliefs and long held grudges. It is here that Lex and Callista see their opportunity for healing, if they can only learn to trust again. The Stranding is a lyrical study of love and loss, of two people trying to let go of old mistakes. Steeped in natural beauty, it will have you longing for coastal sunsets and afternoons lost wandering empty beaches.

A beautifully told story of loss and recovery, exile and belonging, and the redemptive power of the natural world.

A beautifully told story of loss and recovery, exile and belonging, and the redemptive power of the natural world.