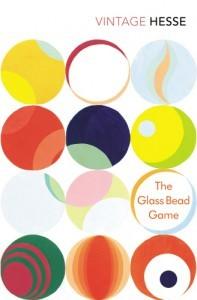 It is the 23rd century and the Glass Bead Game is an ultra-aesthetic game which is played by scholars in the kingdom of Castalia, the remote place society has provided for the intellectual elite to grow and flourish. This game involves all branches of knowledge, and spirirtual values - especially those of the east. Since childhood, Joseph Knecht has been consumed with mastering the Glass Bead Game, which requires a synthesis of aesthetics and scientific arts, such as mathematics, music, logic, and philosphy. This he achieves in adulthood, becoming a Magister Ludi (Master of the Game) and also faces the dilemmas posed by the game’s development into a ritualistic form of intellectual worship.First published in 1946 The Glass Bead Game was considered Hermann Hesse’s magnum opus and follows the tradition of Steppenwolf securing its place among the most important novels of the twentieth century.

END_OF_DOCUMENT_TOKEN_TO_BE_REPLACED

Journey to the East

Songs of Innocence and of Experience

Season in Hell and Illuminations

END_OF_DOCUMENT_TOKEN_TO_BE_REPLACED

Harry Haller is a sad and lonely figure, a reclusive intellectual for whom life holds no joy. He struggles to reconcile the wild primeval wolf and the rational man within himself without surrendering to the bourgeois values he...

Journey to the East

In simple, mesmersizing prose, Hesse tells of a journey both geographic and spiritual, as various historical figures travel together, encountering everything from Noah's Ark to Don Quixote.

In the remote Kingdom of Castalia, the scholars of the Twenty Third century play the Glass Bead Game. The elaborately coded game is a fusion of all human knowledge - of maths, music, philosophy, science, and art. Intrigued as a...

Integrating Eastern and Western spiritual traditions with psychoanalysis and philosophy, this title tells the story of a young Brahmin's search for ultimate reality after meeting with the Buddha.

A fresh translation of the Nobel laureate's acclaimed novel blends elements of psychoanalysis and Asian religions to probe an Indian aristocrat's efforts to renounce sensual and material pleasures and discover spiritual truths....